The Honor 8 has just been announced recently, and will be available soon. Today, let’s have a Honor 8 vs Honor 7 battle, to see whether it is worth upgrading to the newer Huawei Honor phone. 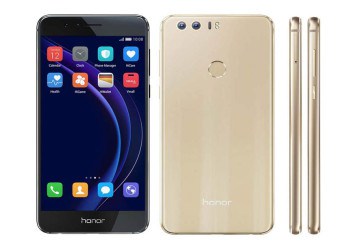 First in this Honor 8 vs Honor 7 battle, we will talk a little about design. When it was first introduced, the first thing that made Honor 8 feel special was the glass construction. Honor 7, on the other hand, has a metal construction. When we put the 2 of them together, we can see the clear differences in aesthetics: Honor 8 feels more high-class, while Honor 7 feels rugged. We are by no means saying that Honor 7 is ugly, but Huawei has done a splendid job with the design of the newer Honor. So with regard to design, Honor 8 takes the win!

The second part of this Honor 8 vs Honor 7 battle is the hardware. Both has octa-core processors, but for Honor 8 specs, there is the newer Kirin 950 processor. For Honor 7 specs, there is Kirin 935 processor. RAM has also been increased for Honor 8, with 4GB compared to 7’s 3GB. Honor 8 has the edge in terms of performance: it can runs all types of app smoothly, while 7 sometimes lags with heavy apps. Both phones have 5.2″ Full HD display. Camera wise, Honor 8 sports a dual 12MP back shooter and 8MP selfie snapper. Honor 7 has the same selfie camera, but the rear camera is 20MP! However, that doesn’t mean Honor 8 is worse than 7 in terms of photography, as we’ll see later. 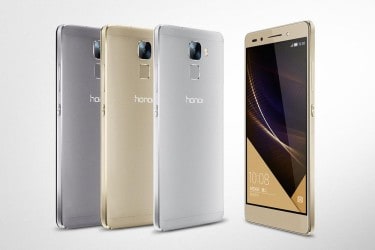 Another aspect of this Honor 8 vs Honor 7 battle is software. We just said that Honor 8 can take better pictures despite having lower MP than Honor 7’s camera, that is because of the camera app. It allows you to adjust the aperture before and after taking the photo, and combining with dual lenses of Honor 8, it will produce better pictures. Honor 7 runs on Android 5.0, while for Honor 8 it’s Android 6.0, and can be upgraded to 7.0. Furthermore, Honor 8 has a blue light filter, which helps to decrease the amount of blue light from the screen to reduce eye strain, especially before bed to improve your sleep. This feature is welcomed by health-conscious users and those who stay up late. Overall, the software of Honor 8 is better.

The Honor 8 price has just been announced, starting from $400 (RM1,699), and the phone will be launched in Malaysia on September 6! Honor 7 price is $370 (RM1,499). We can see that the price difference is not too much. With all the nice features of Honor 8, we think it is worth upgrading from 7. The choice is up to you!