Here are the Most Amazing OnePlus Two Antutu points – Over 60,000

Antutu Benchmark is quite common in evaluating how well a smartphone performs. Therefore, whenever there is a new device introduced, most people would ask about OnePlus Two Antutu points. The higher scores a phone can get, the better it is. Still, the numbers and reality are two different things, so we can take the Antutu points as a reference, not everything about what the machine can do.

This time, we’ve got the first Antutu scores of the most anticipated flagship in the H2 of 2015: OnePlus Two. However, it turned out to be a bit lower than what we expected. Is it a bad sign for a start?

It is not strange anymore to see a Chinese phone get over 50,000 Antutu points. Yet, previously, most phone consumers in general as well as OnePlus fans in particular hoped that the next OnePlus flagship would show something outstanding, something that could beat other upcoming flagships. Nonetheless, in fact, it was just able to score 51,460 Antutu points to be specific, just a bit higher than 51,011 Antutu points scored by OnePlus One. 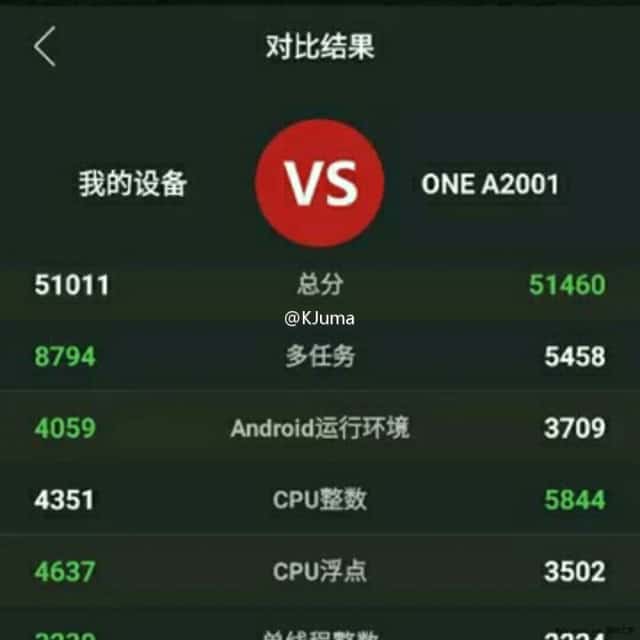 As we know, OnePlus 2 is powered by a Snapdragon 810 new generation chip without overheating issue, and equipped with 4GB RAM which is the biggest one on the market nowadays. It seems like OnePlus team has given it almost TOP features at the moment, but to be honest, 51,460 is not really impressive. Does it also mean OnePlus Two would not perform well when it reaches consumers’ hands?

Some people think that it is because of the processor, but if Snapdragon 810 is the problem, how can we explain for the case of Xiaomi Mi Note Pro? It uses SD810 and scores over 60,000. 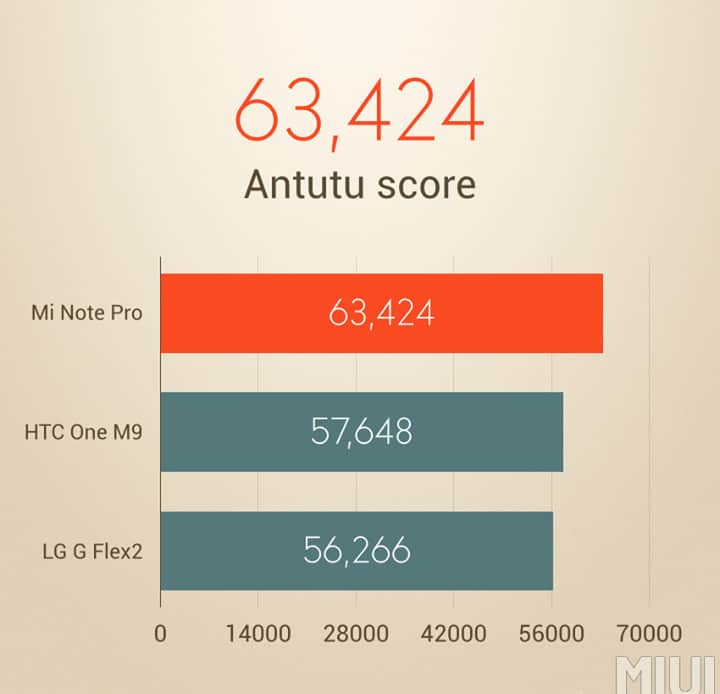 After the low Antutu scores of OnePlus Two were revealed, lately the second number has been spotted. It is also the same OnePlus 2 A2001 model but with over 63,700 points, even higher than the Xiaomi Mi Note Pro scores we mentioned above! This shows a powerful smartphone that most people are waiting for. Nevertheless, is it the final scores for OnePlus Two? If yes, that would be awesome! 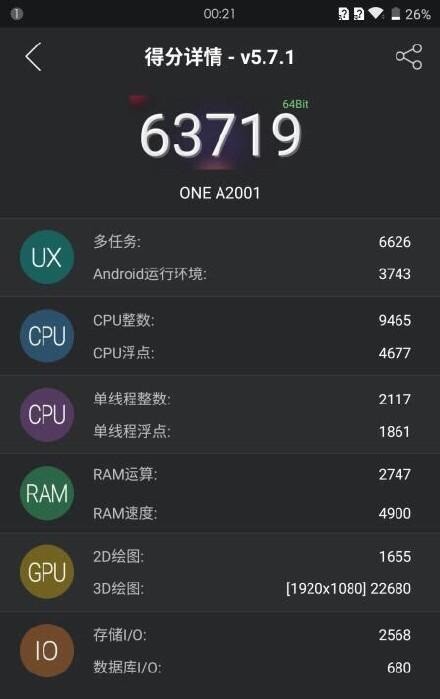 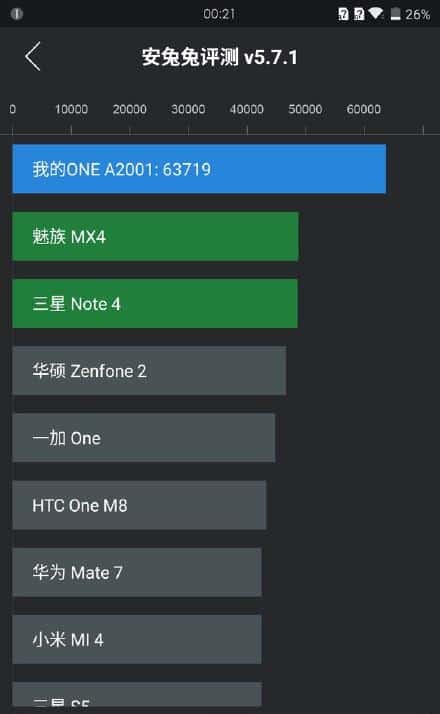 There are only a few days before the OnePlus Two launch date. Everything will be clear! So, stay tuned!