Pixel is the result of the collaboration between Google and HTC. At the official press event held in San Francisco, Google Pixel and Google Pixel XL smartphones is announced worldwide. Let’s take a look at these two brand new Google smartphones.

With a first look at these two flagship, the polished aluminum makes the two smartphones significantly outstanding. The front and the upper part of the back are covered by shiny glass. Besides, the curves and wedges on the sides would make it easier to handle for users. The rear camera lens lies flat with the surface, unlike recent phones with protruding rear cameras. Those first impressive features obviously make the two phones look delicate and sleek.

The Pixel and Pixel XL come with 5 inch and 5.5 inch screen respectively, with AMOLED screens in 1080p resolution for the smaller one and QHD for the big one. Battery capacity is also different, 2,770mAh for Pixel and 3,450mAh for Pixel XL. Apart from those differences, two new flagship share similarities. They are powered by quad-core (2×2.15GHz +2×1.6GHz) Snapdragon 821 SoC. Both phones house 4GB RAM with either 32GB (for those that use Google Photos and Play Music) and 128GB (for those that prefer their data offline), both non-expandable unfortunately. 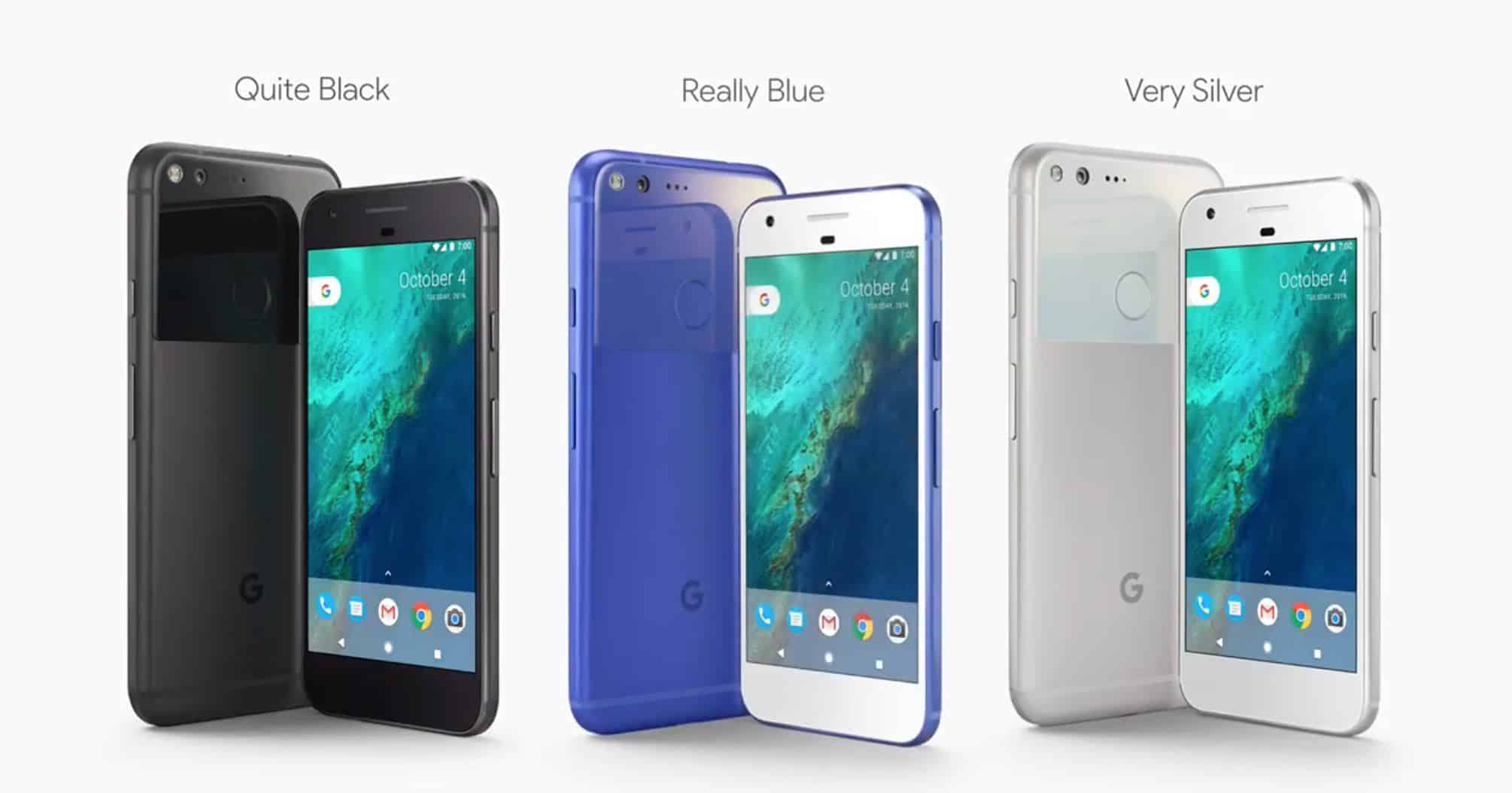 Camera quality nowadays is an important feature for most customers, and Google surely concentrated on improving this aspect of its Pixel and Pixel XL. Their cameras are integrated with the Sony IMX378 image sensor, which has a resolution of 12.3MP and 1.55um pixels for capturing large amount of light. Phase-detection autofocus is also supported for quick, almost instant snaps.

Google Pixel and Pixel XL: price for your consideration

The Pixel and Pixel XL will come in three interestingly named colors: Quite Black, Very Silver, and Really Blue. However the last color option will be for US market only. Live cases will also be available at the Play Store. Google Pixel price starts at $650, and $770 for the Google Pixel XL price. You can add another $100 to increase the storage from 32GB to 128GB. Are you excited for these two Google phones?
Next Article
Prev Article