Exploding iPhone 6s Plus, abnormal shutdown: 6 Plus has caught fire …

Exploding iPhone 6s Plus under investigation for its exploding battery. It looks like Samsung is not the only manufacturer struggling with exploding smartphones. 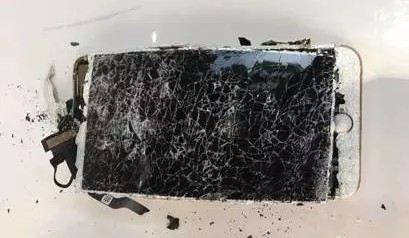 Should you be worried for you iPhone 6s Plus…

Apple recently started to investigate its exploding  iPhone 6s Plus, as reports stated that they used to overheat, explode or catch fire. According to rumors, the problem is with the lithium-ion battery inside the device. This issue has been the reason of some iPhone 7, iPhone 7 Plus and iPhone 6 Plus catching fire over the last few weeks. Chinese media today reported that an iPhone 7 exploded while the owner was using the smartphone to record a video.

According to unconfirmed reports from GizmoChina, the way the man was holding the iPhone allowed flying glass from the screen to hurt his face. Apple has not said anything yet, but local media claim the iPhone owner has been in contact with his local Apple Store sales team, who have offered to forward details of the explosion to the Cupertino headquarters. Earlier this November, an exploding iPhone 6 Plus owner has claimed her smartphone burst into flames. This iPhone owner said the explosion started a small fire. 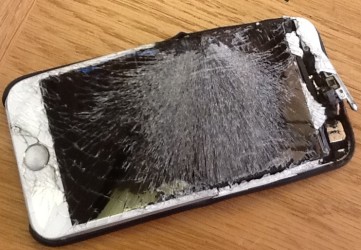 The firefighters arrived at the iPhone owner’s home in Fresno, California around 3:00am to discover “ash, debris, and a melted phone.” The iPhone also was so hot that it destroyed the dresser beside the bed, as well as a pair of glasses and two Apple Watch stands. The woman believes that the device would have burned her face if she was using it, she told the US news network. Apple also offered Yvette Estrada a new stand for the Watch, a charger and a free replacement of the iPhone 6 Plus.

Exploding iPhone 6s Plus, abnormal shutdown: 6 Plus has caught fire …

For the exploding iPhone 6s Plus accident, Apple spokesman said the company is working on this investigation. Should Apple recall its exploding devices or just change its batteries, let us know what you think.