The Chinese Android maker Elephone has officially announced their latest smartphone, the elePhone P25. Let’s take a quick look and see what this device has to offer. 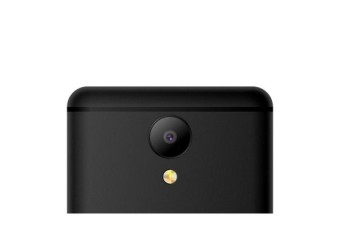 Along with the specs details of their new device, Elephone also released a 12 second-long video showing the phone. Design-wise, the full metal body looks great and gives a premium feeling, promising to be a heavy opponent for other Chinese Android phones. In terms of elePhone P25 specs, it features a 5.5″ Full HD JDI display coated in 2.5D curved glass.

The phone is equipped with a Helio P25 octa-core CPU from MediaTek. While this is not confirmed, the phone is suspected to come with 6GB RAM and 64GB ROM. elePhone P25 cameras are another notable specs. The phone is mounted with a 21MP shooter on the back, along with PDAF autofocus and dual LED flash. However, there’s no further information about the front camera.

Other features include a 3600mAh battery, slightly above the industry average. But the MediaTek Helio P25 is a power-efficient CPU so the phone should have enough juice for daily usage. Based on the video, elePhone P25 still has a 3.5mm audio jack on the top. And the phone will run on the latest Android 7.0 version out of the box. That’s all the information about elePhone P25 specs we have so far, but more will sure to come in the near future.

elePhone P25 will be for sale shortly, but no official date has been announced yet. There’s also no information about elePhone P25 price from the firm, but many retailers have listed the phone at around $200 ~ RM. 887. If this the case, elePhone P25 price is fairly reasonable considering the specs. So what is your opinion about this device? Would you buy one at that price?