Another smartphone has just stepped into the huge battery market- Doogee T6 Pro. With a large capacity, this phone definitely stands out from the mid-range crowd. 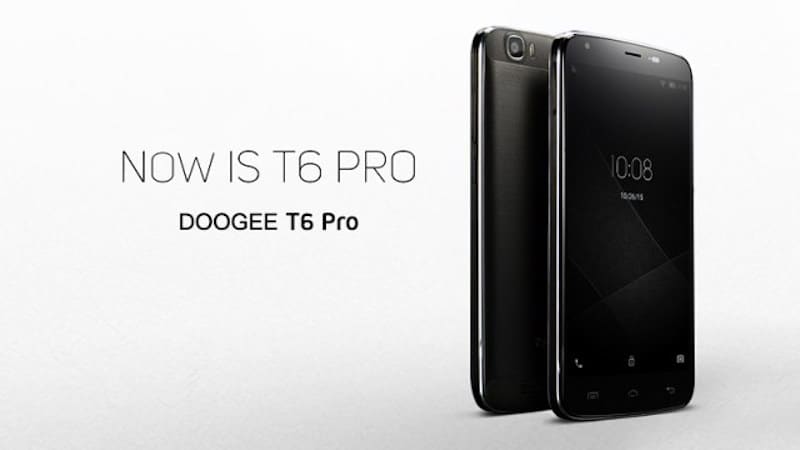 Doogee – a new brand of China- launched the T6 with huge battery last year. After the success of that phone, the company continues presenting another huge battery life smartphone- Doogee T6 Pro. As its sibling, the phone also comes with a massive battery life with a 6250mAh. This cell will go with a 9V/2A charger which is claimed to feature Quick Charge 2.0. You can use the phone for a couple days with just one charge.

In addition to Doogee T6 Pro specs, it is powered by an octa-core MT6753 processor clocked at 1,5 GHz. The phone packs 3GB of RAM paired with 32GB of inbuilt storage. For photography, the company added a 5MP selfie shooter along with a 13MP rear cam. A special thing about the front camera is that it can be interpolated to 8MP. The phone features a LCD 5.5-inch HD display and runs Android 6.0 Marshmallow.

With those specs, this device is definitely a big brother of T6. Released at the end of last year, T6 immediately got into the huge battery smartphone segment with a 6250mAh battery. The other specs of T6 are not as strong as T6 Pro. It has a quad-core MT6735 processor, a combo camera of 2/8MP, 2GB RAM+16GB ROM and runs on Android 5.1.

The new product from Doogee- T6 Pro -is a mid-range smartphone with standard specs. However, at the same time, it also stands out in this segment thanks to a huge battery. Doogee T6 Pro release date is in June 2016. If you want a mid-range phone with an enormous battery, T6 can be your proper choice. Doogee T6 Pro price comes at about only $150.