Do you know this Nokia 1100 is the best-selling phone in the world?

I bet that long before knowing about the first iPhone or those glorious smartphones we have in the market nowadays, we have all had a Nokia handset for once at least. When asked which is the best-selling mobile device, many people can tell it is a Nokia. But not every one can tell exactly which unit. Here it is, the super star of our mobile industry – Nokia 1100 – best selling smartphone EVER around the world.

12 years ago, in late 2003, Nokia launched the 1100 – a basic phone that had no camera or touch screen. Instead, the Nokia 1100 – targeted for the fast-growing Chinese market initially, came with a torch light, a solid body that could break the floor when dropped, and a dust-proof case.

It has been reported that, in just 3 months, the famous iPhone 6 has sold 71.5 million units. Ten how much more did the Nokia 1100 sell to keep the record? In about five years, 250 million units of Nokia 1100 were reported to ship all over the world. (And yes, back in the 2000s, 250 millions is not at all a “small” number). With this consumption, Nokia 1100 is not only the world’s best-selling phone, but also top the quantity of electronics devices worldwide in general! WOW

So what does the Nokia 1100 have to make people so crazy about? Here are some quick facts about the legendary handset

Although we can not retrieve the exact price of Nokia 1100 by launch date back in 2003, it was known to be very affordable, even for the living standards 12 years ago.

We found an Indian article published in August 2003, suggesting that the Nokia 1100 price back then was Rs 4000 (Which is $60 now and much cheaper then)

Nokia 1100 was only 86g in weight and featured anti-slip sides that offered a firmer grip and made it dust-resistant. They Nokia 1100 keys are also soft (faster to type) and dust-proof. And the cover is  interchangeable, way too cool! 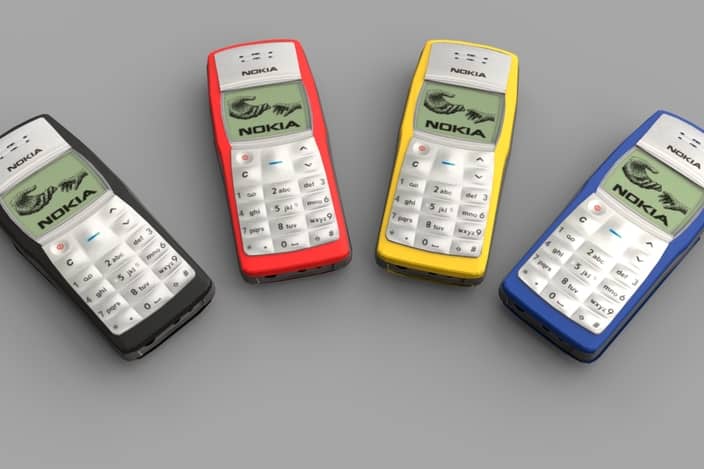 Yes!!! Be honest, you can never forget the legendary Snake game on this Nokia 1100, can you? Compared to nowadays’ magical Candy Crush or CoC, the Snake game is nothing to compare. But back then, it was the only mobile game that every one played. And it made 250 million people happy! That’s more than enough!

With a size of a 2 match box, the Nokia 1100 had a built-in flashlight, a stopwatch, an alarm, a vibrating alert, 50 message capacity, 50 contact slots, 42 monophonic ringtones (36 pre-installed, 7 user-made). If you have lived through 2003, you will know what wonder was called that time.

I bet you did, or at least, know some one who used to have one Nokia 1100 years ago (or it may even survived until now). Share this post to those who you grew up with and those who this Nokia 1100 reminds you of!