Today we will tell you all we heard about the BLU Life One X2 Mini, compared to the previous normal version. The Mini-phone is not as small as the name may sound and even comes with greater specs! 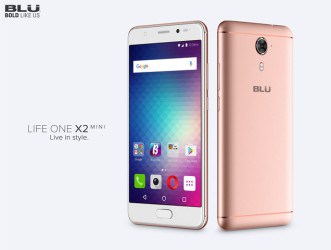 Life One X2 Mini shooters include 13MP one on the rear and an 8MP selfie camera. Both main and secondary X2 Mini cameras come with LED flash, just like its larger brother. Below the front display sports a fingerprint reader while the rear camera comes with phase detection autofocus. BLU Life One X2 Mini color variants include Grey, Rose Gold, and Gold. 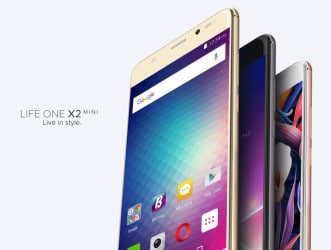 The X2 Mini runs on Android 6.0.1 Marshmallow and is powered by a 3,000mAh battery. Life One X2 Mini specs include the same chipset of Qualcomm MSM8937 Snapdragon 430, 4GB RAM and 64GB storage. BLU company said the Mini version would offer “a 30% increase in performance compared to the previous generation”. In terms of cellular connectivity, the phone supports 3G and 4G LTE as well. When asked about T-Mobile Wi-Fi Calling and VoLTE support, BLU said: “Life One X2 Mini has T-Mobile Voice over LTE but does not have T-Mobile Wi-Fi Calling.”

BLU Life One X2 Mini price is tagged at $179.99 and you can easily find it available for purchase from Amazon now. Let us know what you think about this Mini version. Is it a better version of Life One X2 and really worth the bill?