After DTEK60, BlackBerry is about to bring another Android phone to the market – namely BlackBerry Mercury. This new handset has just shown up on Geekbench with 3GB RAM, 18MP cam….. 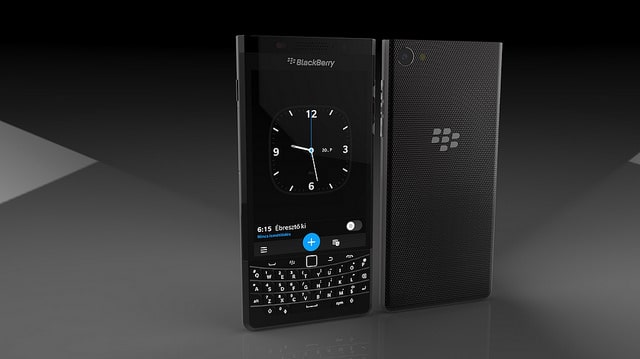 According to latest reports, BlackBerry will no longer manufacture smartphones anymore. They will outsource the manufacture to a third-party instead. That’s what we heard a few weeks ago. Now, a new BlackBerry phone has just been spotted online – namely BlackBerry Mercury. Before going into detail about this phone, let’s have a little flashback. Back in June, this Canadian company said that they would bring 3 new Android phones to the market. Up till now, 2 of them have already been unveiled: DTEK50 and DTEK60.

So, BlackBerry Mercury is the remaining mysterious one. This new BlackBerry Mercury handset has just appeared in Geekbench with the code name of BBB100-1. And to our surprise, the Mercury will be featuring Blackberry’s iconic physical keyboard. The reason we said it was a surprise is that, after BlackBerry Priv – the company’s first Android phone, we haven’t seen such keyboard on either DTEK50 or DTEK60. 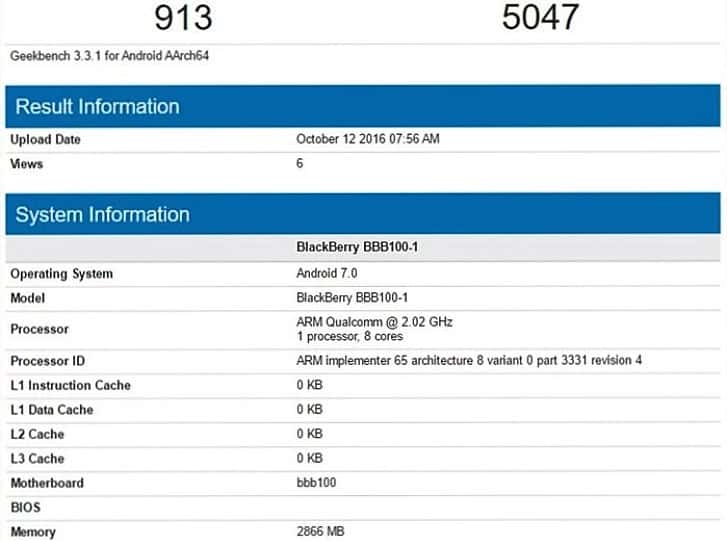 On the benchmark, the phone scored 913 points for single-core performance and 5047 points for multi-core performance. In terms of BlackBerry Mercury specs, the phone will be powered by a 2.0Ghz octa-core SND 625 processor. It will pack 3GB RAM paired with 32GB of inbuilt storage. The new phone from BlackBerry will have a handy 4.5-inh Full HD touch display with the ratio of 3:2 and a physical QWERTY keyboard. For photography, the company may add an 8MP selfie snapper and an 18MP front cam. In addition, there will a 3400mAh battery capacity and Android 7.0 Nougat.

DTEK50 and 60 of BlackBerry have made a hit in the market. These phones also bring huge successes to the brand. This last member of the “Fantastic 3” is expected to be another bombshell too. With all those specs above, this new device could be the fierce rival to many other 3GB RAM phones like HTC Bolt or Xiaomi Meri. BlackBerry Mercury price, as well as its launch date, is still a mystery. So just stay tuned and keep being updated!