It looks like BlackBerry is working with TCL/Alcatel to release a new smartphone – BlackBerry Hamburg. There are some hints that this new phone is actually Alcatel Idol 4. Let’s take a look! 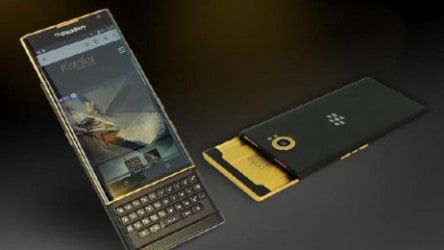 There are 3 main reasons why BlackBerry Hamburg is thought to be Alcatel Idol 4. First of all, John Chen, the CEO of BlackBerry once announced that “The brand is at the point of optimization. We are no longer producing hardware. Instead, we are now a hardware designing company. I love designing them, not manufacturing them.” A little remind you that BlackBerry used to sign with Foxconn, a multinational electronics contract manufacturing company, to produce their upcoming smartphones. But because of some unknown reasons, BlackBerry switched for another partner.

The second reason is that Wifi Alliance – a Wifi certification company, has certified a device named DTEK-50 from TCL, which runs Android 6.0. DTEK is an exclusive application for BlackBerry. The app, which protects users’ privacy and security, was featured in BlackBerry Priv. The third reason is that this new phone of TCL is coded STH100-2. Don’t you find it familiar? If not, let me remind you: the code name of BlackBerry Priv is STV100-1. Enough hints yet? 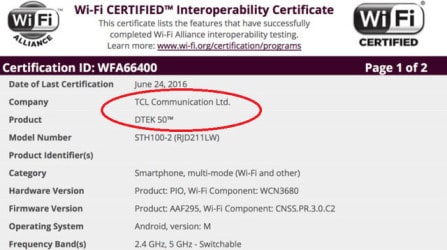