BlackBerry DTEK50 phone will go on sale in the spring

A big event for all Blackberry fans to join now! BlackBerry DTEK50 phone will be on sale in the spring. Will you take a chance to save more money with Blackberry? 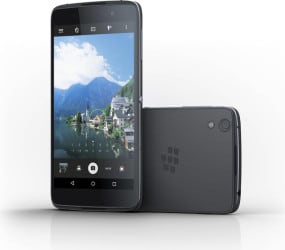 The Blackberry DTEK50 phone specs sport a 5.2 inches full HD display with a resolution of 1080 x 1920 pixels and it’s guarded by Scratch-resistant glass. It builds by Qualcomm MSM8952 Snapdragon 617, Octa-core Cortex-A53 and Adreno 405. The phone comes with a 3GB RAM and 16GB of ROM which can be expanded via a micro SD card up to 256GB. This DTEK50 has connectivity options like Wi-Fi 802.11ac, FM radio, Bluetooth v4.2, GPS/ A-GPS, NFC and the most convenient thing is supporting 4G LTE. 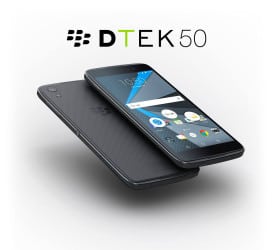 Blackberry DTEK50 measures 147×72.5×7.4mm and weighs 135 grams. It has a 2610mAh non-removable battery life with Quick Charge 2.0. The fast battery charging can deliver up to 50 percent charge in 51 minutes, more than 17 hours talk time and 12.8 days standby time. Blackberry DTEK50 camera on the rear bears a 13MP with PDAF, dual-tone LED flash and an aperture F/2.0. The secondary camera is an 8MP fixed focus camera with an 84-degree wide-angle lens ad a F/2.2 aperture. The color of this phone is black.

The Blackberry DTEK50 price usually costs RM 1300. After a 30 percent discount event from Blackberry with Blackberry Priv, this company continues to make more sales. They keep going on discount 16.7 percent of this DTEK50, and the price this time is RM 1100. Take your chance to get this beautiful phone!