Apple iPhone 5se is coming and here are what you should know. It’s gonna sport capability of recording 4K videos, 12MP camera, and… 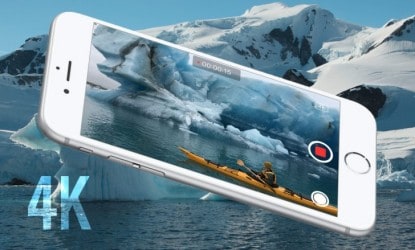 Apple iPhone 5se to come with 12MP cam that can records 4K videos, 16GB ROM and…

iPhone 5se is going to be a 4-inch smartphone of Apple. Recently, an alleged photo of its retail box has been spotted, showing that actually the handset will come with the name “iPhone SE” instead of “iPhone 5se”. Besides, we also notice it’s gonna feature 16GB ROM for sure, yet hopefully there will be a 64GB version as well. As for other Apple iPhone 5se specs, it is likely to get back to 1GB RAM after reaching 2GB RAM as we see in iPhone 6s line and an Apple A9 chipset.

Apart from those points, this 4-inch product of Apple will be built with a metallic body like iPhone 6, a physical home button on the front surface, containing a fingerprint scanner underneath, and a 12MP camera on the back which can record 4K videos. It is said that the company will probably demo a 4K video shot on their SE at the event happening on March 21, 2016. 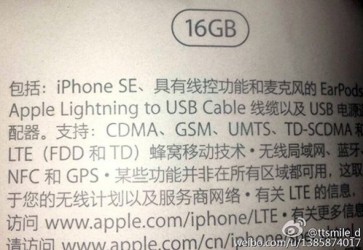 Well, in general, Apple iPhone 5se seems a decent device though it lacks excellent features like 3D Touch. It is very handy and promising in terms of taking pictures. Moreover, it has been reported to be go on sale with an affordable price tag. Check out the next part for more information about this.

You won’t have to wait long for the official Apple iPhone 5se launch since it’s gonna take place at Cupertino on March 21, as we mentioned above. However, at the moment, a lot of websites in China have been allowing pre-order for the iPhone 5se with prices ranging from $495 to $585. If this turns out to be true, do you think it is a good cost for the new Apple’s 4-inch smartphone? Share with us!