4 inch iPhone SE VS iPhone 5s: 6 differences between the two

Ever since Apple iPhone SE was launched, the question being asked has been: what are the differences between this smartphone and the previous generation iPhone 5S. Here is how to distinguish between the two. Although both iPhone SE VS iPhone 5S feature the same 4 inch display, there are significant differences you can spot, either visually or in terms of specs. First of all, iPhone SE is launched with rose gold color variant, which is lacked from its counterpart. This special color is a great selling point Apple just adapt for their current iPhone generations. Secondly, the branding on the back is another obvious sign to tell whether this handset is iPhone SE or its predecessor. If you take a closer look, iPhone SE 12MP camera has a darker color, as taken from iPhone 6S, while iPhone 5S 8MP camera has a clearer and brighter glass on its sensor.

Thirdly, another visual difference is that, the Apple logo on iPhone SE has solved the problem of that on iPhone 5S. Usually, the “Apple” on the back of iPhone 5 and iPhone 5S scratches very easily, it is now made of stainless steel for iPhone SE. Forth of all, let’s talk about the difference in terms of specs. iPhone SE is equipped with Live Photos and Retina Flash, both new features produced for iPhone 6S. These functions help boost image quality under low light condition and offer better photo experience for users. 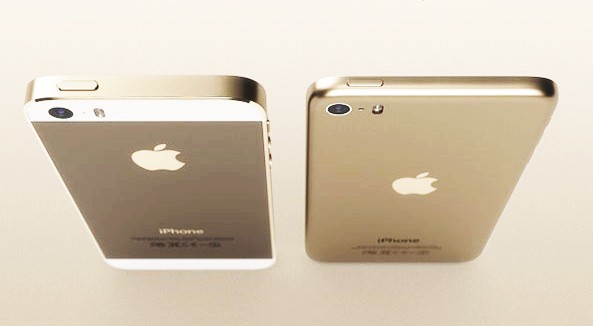 Next, the fifth difference we found when it comes to iPhone SE VS iPhone 5S is that, with 12MP camera on the back, iPhone SE clearly takes better pictures and capable of 4K video record, which totally beats iPhone 5S 8MP camera. Last but not least, not only does iPhone SE has smoother performance with 2GB RAM and A9 chip set, but it also comes with NFC – a function iPhone 5S lacks.

While both come in the same display size, iPhone SE is clearly stronger than its counterpart in terms of features and performance. This makes the “mini iPhone 6S” becoming more and more popular among Apple users. If things keep going this direction, will iPhone 5S be killed by its competitor soon?