The Asus Zenfone 3 is coming. It’s so close right now until the launch day. And recently, the Zenfone 3 specs have shown up on GFXBench. According to this benchmark, the third generation of Zenfone line will have 4GB RAM and 128GB ROM. 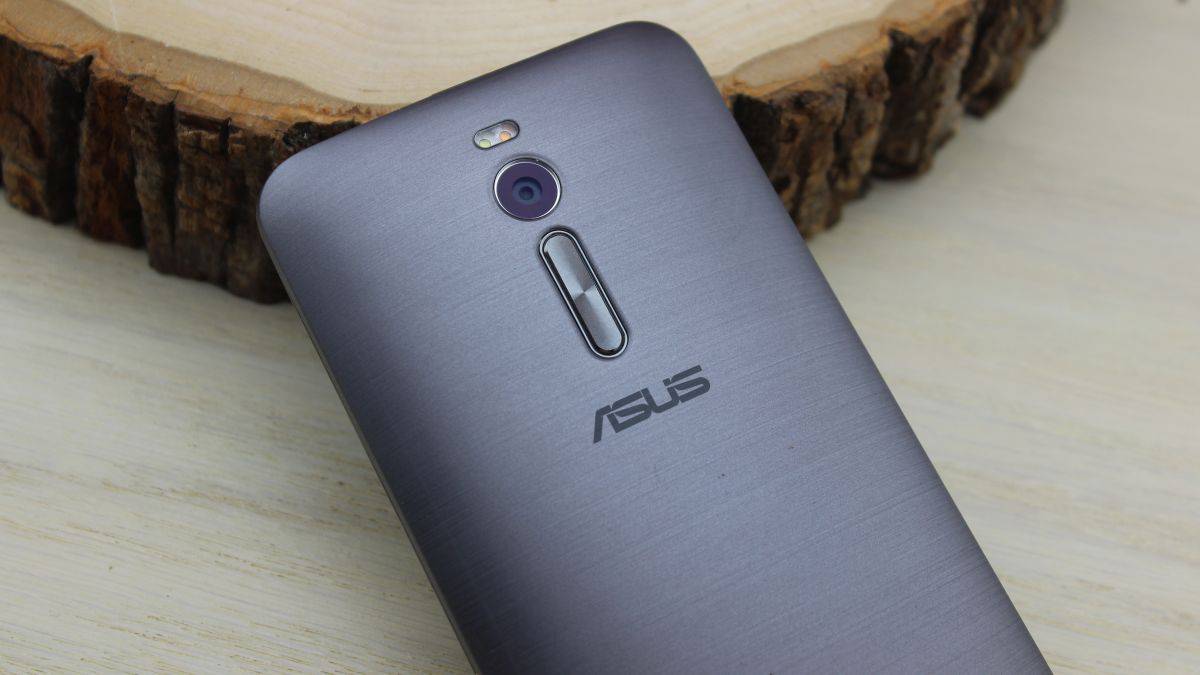 Just a few more days, and we can see ourselves the next generation of Zenfone- the Zenfone 3. One week ago, Asus started a teaser about its new product. In the teaser, Asus presented the Asus Zenfone 3 series with 3 smartphones: the ASUS ZenFone 3, ZenFone 3 Deluxe and ZenFone 3 Max. The Zenfone 3 Max is expected to be the best seller of the group. While the Zenfone 3 Deluxe will be in charge of the low-priced version of the series. And after that, An Tu Tu’s post about the Zenfone 3 specs appeared. This phone was called Asus Z016D.

And now, another Zenfone 3 specs show up on GFXBench benchmark. This smartphone has the same name of the one appearing on An Tu Tu. So let’s have a look at those specs. The phone will be powered by a Snapdragon 820 SoC with Adreno 530 GPU and run on Android 6.0.1 Marshmallow. It’s gonna pack a 4GB of RAM and a 128GB of inbuilt storage. For the Zenfone 3 camera, there will be 21MP rear cam which can record 4K video and a 7MP front snapper. The phone’s gonna feature a 5.5-inch (13.8cm) 1080 Full HD display. 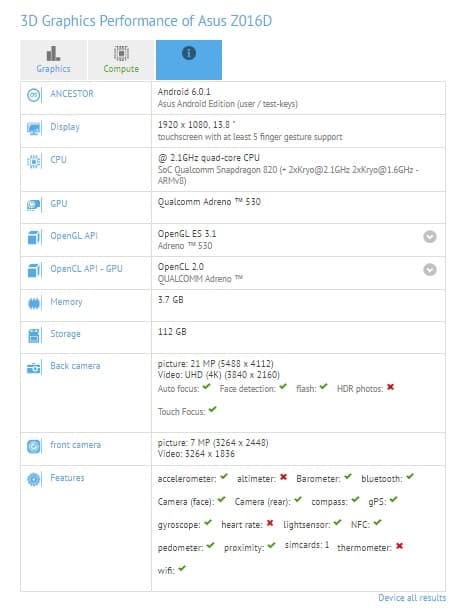 These Zenfone 3 specs are not really different from those on An Tu Tu. The internal storage was 32GB, instead of 128GB. The camera on the back was listed at 23 MP on AnTuTu. While on GFXBench, the primary shooter is 21MP. The other specs of the Zenfone 3 are the same. The launch day is so close right now. This means that the Zenfone 3 specs showing up on this benchmark are nearly official.

The Zenfone 3 release date is gonna be May 30th  in Taipei at Computex 2016. The two versions will show up too. So we have to wait just a few more days to see the flagship of Asus in this year. Jerry Shen – Asus CEO – said that Zenfone 3 series will aim to the mid-range segment. So we’re expecting that the Zenfone 3 price is gonna be between $250 to $370.