It seems like Xiaomi will continue surprising people with another budget but powerful smartphone called Xiaomi Redmi 3A. Check out what it’s got! 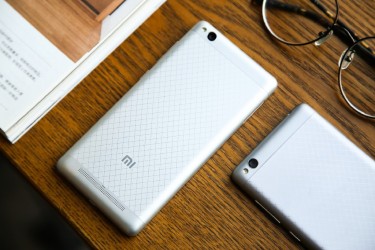 Xiaomi Redmi 3A to come with 3GB RAM, Marshmallow OS and…

Xiaomi Redmi 3A is considered as the successor of Xiaomi Redmi 2A, announced in March, 2015. The 2A is actually a normal smartphone with a 4.7-inch HD screen, a Leadcore L1860C quad-core 1.5GHz chip, a 8MP/2MP camera combo, a 2,200mAh battery, 8GB ROM, and 1GB RAM. Well, we thought the 3A would be just a bit better than its elder brother, but it is not. It is much better, to be exactly.

Lately, Xiaomi Remi 3A has shown up on GFXBench under the name “Land”. Furthermore, some of its specifications are listed as well, and they are not what others can look down on. Speaking specifically, Xiaomi Redmi 3A specs include a 5.0-inch HD display, a Qualcomm Snapdragon 435 octa-core 1.4GHz processor paired with Adreno 505 GPU, up to 3GB of RAM, 16GB of internal storage, and Android 6.0.1 Marshmallow OS out of the box.

Besides, it is said that the handset will also support LTE Cat.7 network and Quick Charge 3.0 tech although the phone’s battery capacity has not been revealed yet. So, those are some details about the upcoming device of Xiaomi. Hopefully more information related to the Redmi 3A’s cell, shooters, and other features will come in the next days. Let’s wait and see!

Xiaomi Redmi 3A price and availability

About Xiaomi Redmi 3A release date and price, no word has been made yet. However, since the machine has already appeared on a benchmark like this, we guess the official Xiaomi Redmi 3A launch will happen some time in Q2 or at least at the beginning of Q3. In terms of price, many sources have suggested that it will cost around $92. Wow, if so, Xiaomi Redmi 3A is really a fantastic budget smartphone in the house. Do you agree?