If Sony Xperia Z5 Premium is the world’s first 4K smartphone, Vivo Xplay 5S will be the second. Yes, 5S will come with a gorgeous display like that and…

In 2015, Sony caused many discussions of their Sony Xperia Z5 Premium‘s 2160 x 3840 pixels screen. And we could not deny that it was the only 4K handset in the world… in 2015. Yes, this year, the Premium will no longer be the “only one” since Vivo will release a phone equipped with the same resolution, which obviously makes Premium lose its exclusive place. This Vivo’s product  is called Vivo Xplay 5S, considered as Vivo Xplay 3S launched in 2013.

Furthermore, according to the source we have, Vivo Xplay 5S release date is near because not long ago, a live photo of the 5S was leaked and more details about the device has been unveiled lately. Specifically speaking, the well-known analyst Pan Jiu Tang said that Vivo Xplay 5S specs would include a 6-inch 4K screen, a Snapdragon 820 chip, 4GB of RAM, 64GB of internal storage, and a set of a 12MP selfie camera and a 21MP rear shooter. Wow, that’s just… AMAZING! 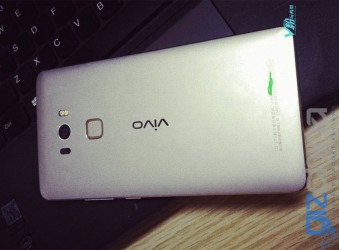 Design-wise, looking at the pic, we’re sure that it will come with an all-alloy build. Additionally, the 5S is assumed to sport a thickness ranging from 7.2 to 7.6 mm. On the back, there is a fingerprint scanner, a camera and a dual LED flash. Overall, it seems a beautiful and strong machine which is worth the wait.

Though the company has not officially announced the Vivo Xplay 5S launch date, many sources claimed it would be some day in late February, which is also the time when MWC 2016 will occur. As for the price, if Vivo Xplay 5S costs around $650, we will not feel very surprised. How about you?