UMIDIGI Z Pro is ready for its official launch at MWC 2017 in Barcelona. The invitation has been sent out, so let’s see what this device has to offer! 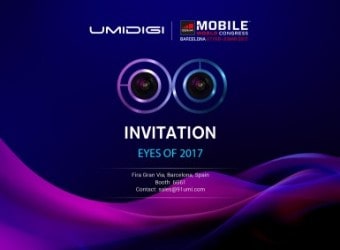 Design-wise, the phone has a sleek Aluminum Alloy Unibody design in a Prime Black color. It looks beautiful and gives a premium feeling. In terms of UMIDIGI Z Pro specs, it features a 5.5″ IGZO display screen manufactured by SHARP. The screen resolution is Full HD. UMIDIGI Z Pro is powered by an MTK Helio X27 2.6GHz deca-core, along with Mali-T880 MP4 875MHz GPU. The phone also has 4GB RAM and 32GB ROM.

UMIDIGI Z Pro cameras are the most notable specs. The phone is mounted with dual back cameras from Sony (2 x 13MP Sony IMX 258) with 6-element lens. The cameras also come with autofocus feature and quad-LED flash, capable of recording 4K videos. The front camera is a 13MP shooter from Samsung, accompany by Softlight LED. UMIDIGI said it would be possible to shoot real and pure black and white photos with DSLR quality, to have DSLR-level bokeh effect, optical 2x zoom (3x digital). 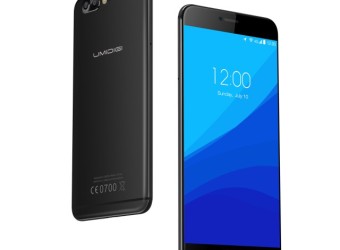 Other features include a 3780mAh battery with quick charge ability. According to information on the website, standby time can get up to 15 days after the phone is fully charge. The phone supports 2 Nano SIM Card slots and 1 microSD slot. Luckily enough, it still have a 3.5mm audio jack on top and a USB-C port on the bottom.

UMIDIGI Z Pro will be launched on March 1st at MWC event in Barcelona. However, the date this device goes on sale has not been announced yet, but we suspect it will follow shortly after the launch. As for UMIDIGI Z Pro price, it will be around $299.99 ~ RM. 1337.