Sony Xperia XA1 is finally into the market as expected to be one of Sony’s mid-range smartphones. The handset is even more attractive with great specs, features, and design… 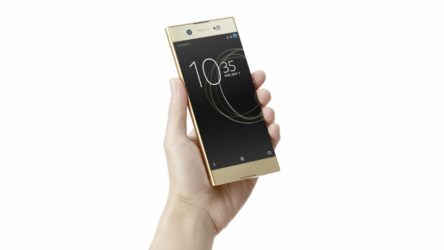 Sony made an announcement of the Xperia XZs and XZs Premium at Mobile World Congress 2017. Now the company has just released the Sony Xperia XA1 and brought it on sale yesterday. This is a good news for Sony fans who are waiting for a mid-range smartphone. The XA1 first arrived in Hong Kong market. It is also the most affordable device that Sony introduced at MWC 2017. Let check the Sony Xperia XA1 specs out to see if it is really worth buying!

The Sony smartphone sports a 5.0-inch display with a resolution of 720 x 1280 pixels. The IPS LCD screen is scratch-resistant and protected with Gorilla Glass. XA1 touchscreen also supports multi-touching of 4 fingers at a time. Sony Xperia XA1 specs provide 3GB RAM and 32GB of internal storage (expandable up to 256GB via microSD card). The phone is powered by Mediatek’s Helio P20 octa-core processor clocked at 2.3GHz. Xperia XA1 runs the latest Android Nougat with a 2300mAh battery. Fast charging is supported by Mediatek’s Pump Express+ 2.0. 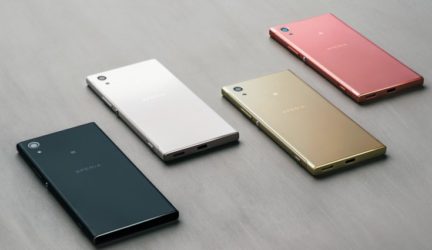 Sony has always gained good credits for its cameras. Sony Xperia XA1 cameras offer a 23MP sensor on the back and an 8MP selfie shooter with 23mm wide angle lens. XA1 camera features include phase detection, laser autofocus, LED flash, geo-tagging, touch focus, face/smile detection, HDR, and panorama. NFC and USB Type-C port are spotted on board and at the bottom respectively.

The phone is now available for purchase in Hong Kong first. Color variants include White, Gold, Black, and Pink. Sony Xperia XA1 price is tagged $321. Sony was launching its Xperia XZs in India today. We can look forward to the XA1 launch in India soon.