A new flagship dubbed Samsung Galaxy Wing 2019 with fantastic specs such as massive 10GB RAM, 4K display and more is coming to the market this year. Check it out below! 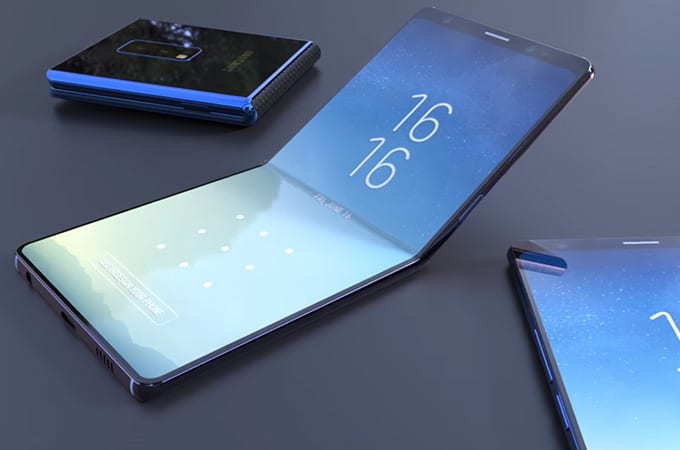 Previously, we introduce a high-end foldable Samsung phone with various amazing features under the name Galaxy Wing. Today, the smartphone is back with an updated design and showcases a 2:3 folding design. The latest information has shown that Samsung is trying to decide between a device that folds in half or by two thirds up. As a result, the screen would be 7 to 8 inches in diagonal when unfolded. Now, let’s see how this handset works.

Notably, the Samsung Galaxy Wing 2019 has a midsection cut out, leaving the flexible mechanisms in gear. As a result, the screen reaches 7 inch 4K AMOLED (Media), that flexes down the middle and closes the phone up like a clam (Clamshell). Meanwhile, there’s also a 120-degree fold making it look like a makeup kit (Compact). Furthermore, there is a mode with 90-degree fold for a laptop-style view. A highly durable flexible polymer joint will be included. 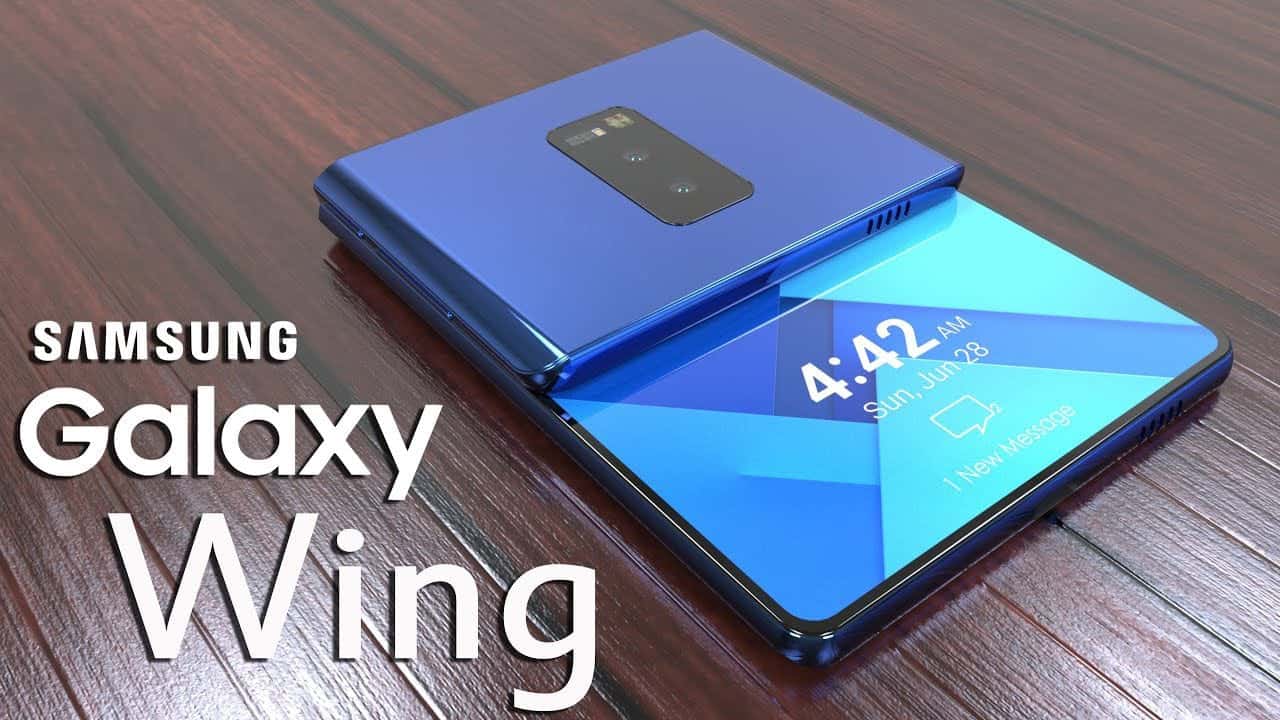 With two-thirds folded, the half of the bottom screen is available for Glance notifications or Always On Screen. For details on Samsung Galaxy Wing 2019 specs, the handset works on the Qualcomm Snapdragon 855 chipset. Furthermore, the storage comes with variable options between 8GB/10GB RAM and 128GB/256GB/512GB ROM (no card slot). Samsung Galaxy Wing 2019 camera includes a dual 12MP rear sensors (f/1.5-2.4) and an 8MP front-facing wide-angle snapper (f/1.7). Also, the Samsung phone works on Android Oreo 8.1 and a 4600mAh battery. For security options, users can choose between the retina and face scanner or the in-display fingerprint sensor.

Apparently, the Samsung phone is on progress since we are going to update you more about this device up to early 2019. For the cost, Samsung Galaxy Wing 2019 price starts at least $988 ~ Rm. 3,941. Are you excited about this smartphone debut? Let us know what you think!