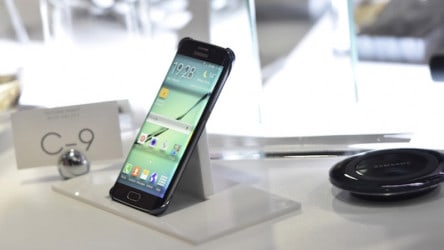 After the flagship Samsung Galaxy S6 and its great variants were released this year, we are excited to look forward to the S6’s successor – Samsung Galaxy S7. Like many upcoming flagships, Samsung Galaxy S7 design and specifications make us feel curious and just want to hear from the company. And perhaps that day is coming closer as a according to China Mobile, Samsung Galaxy S7 is going to debut in February.

It was said that S7 would be seen at MWC 2016 and go on sale one month later, but Samsung did not confirm anything. Though, recently, China Mobile, which is a leading mobile operator with the largest network and subscriber base in the world, has claimed Samsung will announce their Galaxy S7 on 21 February, 2016 and start selling it from 18 March, 2016. Wow, then, just a few months to go! 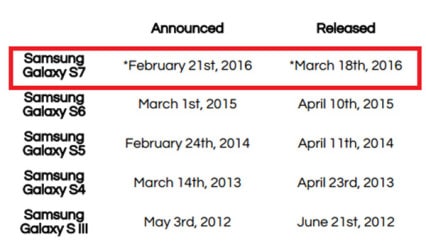 So, we would like to recap a bit on the Samsung Galaxy S7 specs. It is likely to be powered by a Snapdragon 820 or Exynos 8890 chip, a 5.2-inch Super AMOLED 2K screen, and a 20MP rear with BRITECELL sensor camera basically. We will know more clearly about the handset’s hardware when February is getting nearer.

What price is it for a new, strong flagship as Samsung Galaxy S7?

Besides the date, the source also mention the Samsung Galaxy S7 price to be about $469. If so, we guess S7 can be one of the most affordable flagships of Samsung, but in fact, we also find it hard to believe, especially when it used to be rumored to sport up to 6GB RAM. As a result, $650 would sound more reasonable, right?!