OPPO R7 and R7 Plus are going to be the next ultra-thin flagships produced by OPPO in 2015. As we are getting closer to the OPPO R7 and R7 Plus official launch at the end of the May, the company has given us some hints by unveiling new images of these smartphones recently. 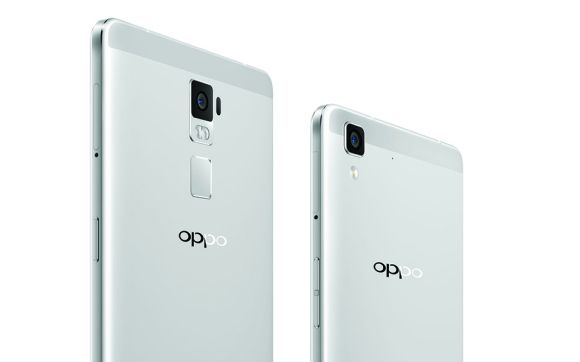 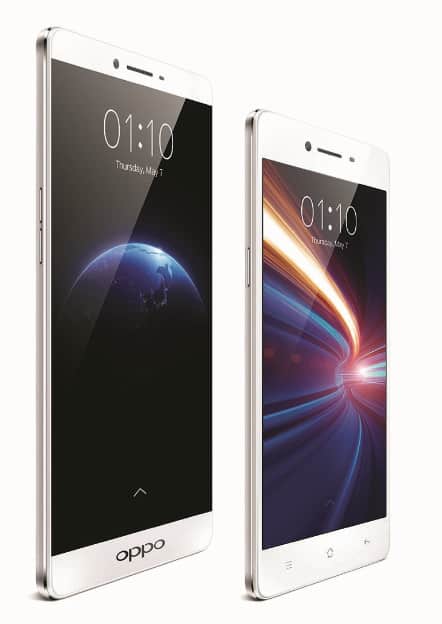 In terms of design, the devices share a metal frame surrounding the bodies, which rejects the rumor that R7 and R7 Plus are borderless. However, notice that the phones employ very thin bezels with the use of 2.5D glass on the font, which gives people an optical illusion that they have no bezels at all.

One minor difference between the two models is that OPPO R7 Plus has a large OPPO branding below the display and R7 does not. On the back, R7 Plus contains a fingerprint scanner, dual-tone LED flash and a small black part next to the camera that could be an infrared LED for the camera focus. Those details are placed in the middle on the top of the phone, different from R7, whose camera is put on a top’s corner. For the power buttons, they are also not the same. R7 Plus’s power button is on the right while the standard R7’s is on the left as you can see in the following picture. 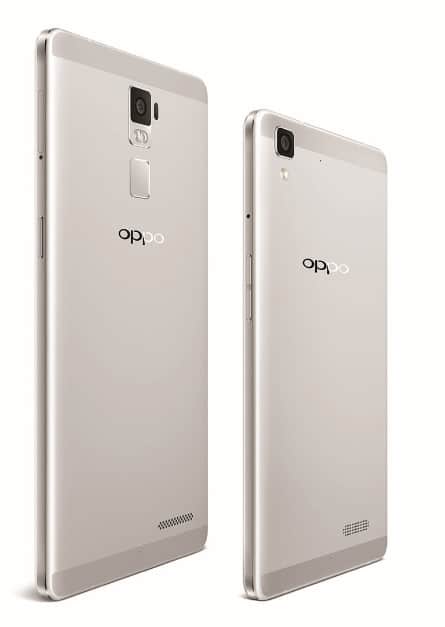 Well, let’s take another look at OPPO R7 and R7 Plus specs:

R7 reportedly has 2 processor based variants depending on the region where it goes on sale. One of the two variants will run a 1.5GHz octa-core Qualcomm Snapdragon 615, and the other on a 1.7GHz octa-core Mediatek MT6752 processor. No matter what variant it will come with, the 3GB RAM and 16GB of storage are not to be changed on R7 versions. The phone will also feature a 20.7MP rear camera.

Although the official images of R7 and R7 Plus were released by OPPO, to know what we have heard so far is true, we have to wait until 20 May, which is said to be the OPPO R7 release date and R7 Plus release date. Perhaps OPPO R7 Malaysia and R7 Plus Malaysia will then also come to Malaysia market this year, and hopefully R7 price as well as R7 Plus price in Malaysia will be affordable for those who like these OPPO products.