A new ZTE mobile phone, called Nubia Z17, has been listed on TENAA. Coming with a dual camera and a 3560mAh battery cell, this phone could make a big hit in the market. Let’s have a look at it! 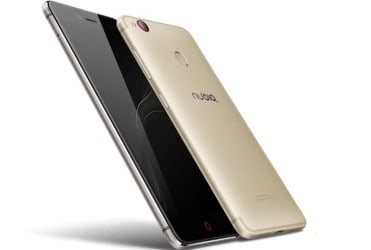 A new ZTE phone has been spotted on TENAA, the Chinese telecommunications regulatory authority. There are many information and images of this phone. Interestingly, a small variant of that device, called ZTE Nubia Z17 Mini, also has been unveiled just a few days ago. Let’s see what the latest and bigger ZTE Nubia Z17 mobile device can offer.

Design-wise, the Nubia Z17 comes with an elegant-looking gold full-metall unibody which looks very similar to iPhone 7. Dimensions for the Z17 are 154.57 x 76.02 x 7.3mm and weighs 170g. Furthermore, it owns a 5.5-inch display with the resolution of 1920 x 1080 pixels, equipped with a oval front-mounted home button below. 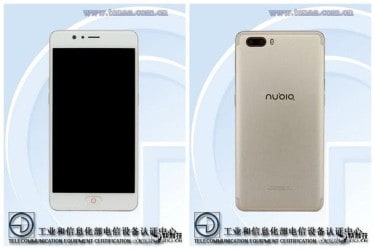 Under the hood, it is likely to be powered be a 2.0Ghz octa core Snapdragon 653 mobile processor, runs on Android Marshmallow, sports 4GB RAM paired with 64GB of internal storage and a powerful 3560mAh battery. As for photography, unfortunately, there is no precise information. However, on these leaked images above you can see a dual camera with dual LED flash on the back of the ZTE Nubia Z17. Are you excited about it? Yes, actually we are!

Coming with 4GB RAM and a dual camera, it will be the tough rival to the other phones in the market. ZTE Nubia Z17, together with the Nubia Z17 Mini will be the hard-to-defeat duo. The phone’s price, as well as the launch date, is still kept well. But it is expected to be released this week. So, just stay tuned! We’ll keep updating this phone and Nubia Z17 Mini