Nokia C1, E1 and Best Nokia phones with number 1 in their names

Nokia is expected to come back at the end of this year. In the meantime, we have collected some of the best Nokia phones to have ever been reported. These phone all come with “1” in their names! Let’s check them out! 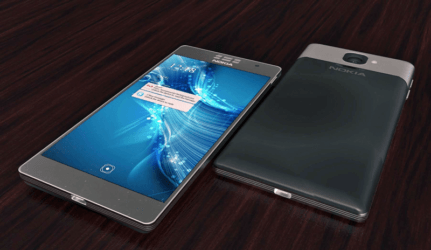 The first device on this list of reported best Nokia phones is Nokia A1. This phone is expected to run Android 6.0 Marshmallow out of the box. Latest reports even reveal this phone will run Android Nougat instead. Talking about the hardware, this Nokia phone is hinted to arrive with a 3GB RAM and a quad-core 1.8GHz Snapdragon 652 chipset. This combination may not be as powerful as that from HTC 10 or Samsung Galaxy S7, but Nokia A1 will potentially be a strong competitor in the mid-range segment.

Let’s talk about other Nokia A1 specs. For photography, this phone is expected to carry a 12MP PureView main camera and a 5MP selfie shooter. As for storage, users will be offered a massive 128GB ROM. This 5.15-inch full HD device is also speculated to sport an impressive 5000mAh battery! As the phone is aimed at the mid-range segment, Nokia A1 price could be around $250 ~ $300.

Next on this list of best Nokia phones to have been leaked is Nokia C1. This is another Android Nokia phone that is targeted at the mid-range segment. Nokia C1 will house a 3GB RAM. There has been no information about the CPU of this Nokia phone, but we have heard some interesting details about its camera. To be more specific, C1 will pack a 20MP PureView main camera and a 5MP selfie shooter. Other Nokia C1 specs could include a 16GB ROM and a 5.5-inch full HD display. Its battery capacity is unknown. Nokia C1 price is expected to be under $250. 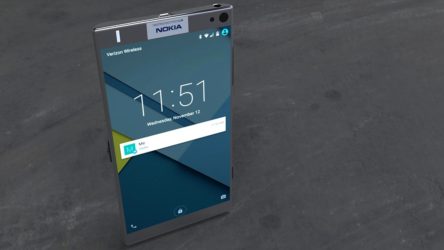 One of the best Nokia phones that have been leaked in 2016 is Nokia E1. According to the leaks, this Nokia phone will sport a 2.3GHz Intel 64-bit Atom processor and PowerVR G6430 GPU. For photography, Nokia E1 is expected to carry a combo of 20MP/8MP cameras. Other Nokia E1 specs from the leak include a 4.95-inch full HD display, 32GB of internal storage and 2700mAh battery. Nokia E1 price could be around $200.

Last but not least on this best Nokia phones to have been reported is Nokia P1. According to the reports, this phone could be the best Nokia phone to arrive this year. To be more specific, Nokia P1 may arrive with 3GB RAM, Snapdragon 820 chipset, and a 22.2MP PureView main camera. Other potential Nokia P1 specs are also highly rated: 5.3-inch full HD display, a 3000mAh battery and 32GB of internal storage. Nokia P1 price is expected to reach $300.

Best Nokia phones ever reported with the “1” in their names

So what do you think about these phones? Which one of them do you think will be the first phone to be released by Nokia? Do you think these phones can help Nokia back to its glory days? Let’s wait and see how Nokia will surprise us!