Nokia 6 smartphone: the first child of HDM with 4GB RAM, 16MP primary camera and runs on Android 7.1.1 . It can also make Nokia growth up again! Let’s find out! 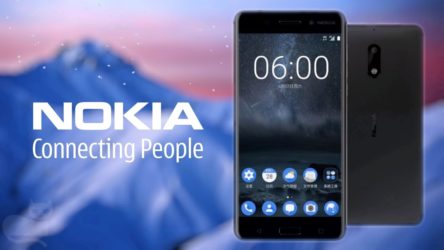 Some of the main factors which made Nokia phones became famous at the time before iPhone existed are simplicity, easy to use and high quality. Despite the fact that Finnish company had a hard time for 10 years, its newborn Android renewal over HDM Global has assuredly made fans happy with the global brand. That’s the reason why Nokia 6 is the first child of HDM Global and could make Nokia brand become famous again!

Speaking of the Nokia 6 smartphone, it owns a 5.5 inches display with a resolution of 1080×1920 pixels and is protected by Corning Gorilla Glass 3. Nokia 6 specs come with 3GB/4GB RAM and 32GB/64GB ROM for internal storage which can be expanded up to 256GB via a micro SD card. If you love photography, you won’t be disappointed with the Nokia 6 cameras. 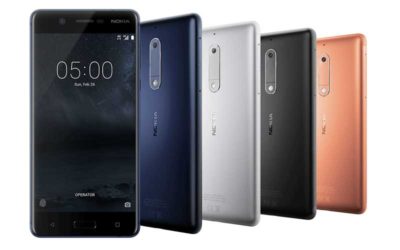 The Nokia 6 camera packs 16MP shooter on the rear with the basic feature of phase detection autofocus, dual-LED (dual tone) flash. Besides, the company added an 8MP snapper for the front camera with an aperture of F/2.0. Running on the newest operation system Android 7.1.1 Nougat, the Nokia 6 battery is fueled by 3000mAh juice pack with fast battery charging feature. The Nokia 6 smartphone has the colour option of Arte Black, Matte Black, Tempered Blue, Silver and Copper for you to choose.

The Nokia 6 smartphone is released in January 2017 and sold out 1 million units in 23 seconds in China and East Asian market. The Nokia 6 price has done enough to catch your attention by PHP 12,119, approximately 230 Euro. What do you think about this new Android Nokia? Will you take a chance to bring it home?