Most loved smartphone voted by users – NOT iPhone

Most loved smartphone title is owned by Samsung Galaxy Note 5. Yes! It’s Note 5, not iPhone. This nationwide poll was carried out in America. 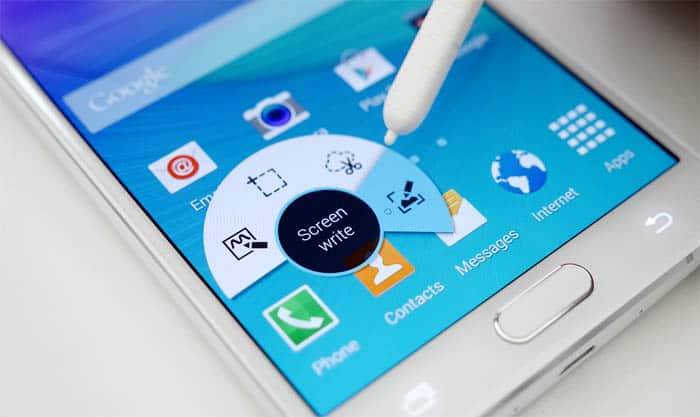 Samsung and Apple are the two strongest brands in the smartphone market at this time. They always compete with each other. And now, in the Most loved smartphone competition, Samsung is the winner. Its latest Note-the Galaxy Note 5- has become American’s most loved smartphone. The vote is conducted by American Customer Satisfaction Index (ACSI). With the 86/100 points, Note 5 is the champion. The runner-up is none other than the iPhone 6s Plus with the point of  85/100. This Korea device defeated the big Apple by just one point.

The winner’s sibling- Galaxy Note 4- is in the third place. At the same position is another member from Korean giant- Galaxy S6 edge +. iPhone 6s comes in fourth place with 83/100 points. It’s a tough race when Apple and Samsung are alternatively taking the top positions in the chart. However, Samsung couldn’t keep its spot in the chart of the most reliable manufacturers. The first position is taken by Apple (81/100). With one point less – 80/100, Samsung lands on the second position. 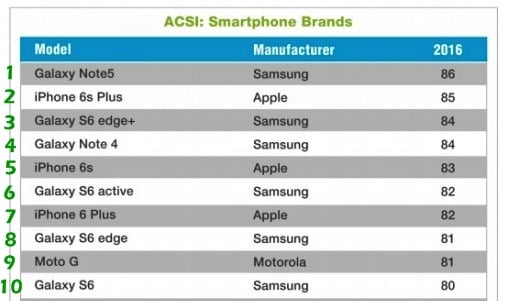 We’re gonna recap the Galaxy Note 5 specs. Under the hood, you can find an Exynos 7420 Octa chipset and an Android 5.1.1 Lollipop OS (upgradable to 6.0.1 Marshmallow). The Note 5 packs 4GB of RAM paired with 3 non-expandable ROM variants: 32/64/128GB. For photography, Samsung added 16MP for the rear camera and 5MP for the selfie snapper. The Note 5’s 5.7-inch QHD Super AMOLED screen is protected by a Corning Gorilla Glass 4. In terms of Samsung Galaxy Note 5 battery, it’s backed with a non-removable 3000mAh capacity.

Most loved smartphone: an alarm for Apple?

The title of the most loved smartphone in the US has now belonged to Samsung with Galaxy Note 5. The Note 5 was released in August last year. The Galaxy Note 5 price is about $500 – $700. It seems that Americans have more favor for this Korean company. Apple might want to ring an alarm right now because they could lose considerable market shares to Samsung.