After the Meizu M2 launch date on July 29, 2015, it has been official gone on sale from the beginning of August. we, together with other international consumers, now can purchase one with just $149.99 (about RM579). 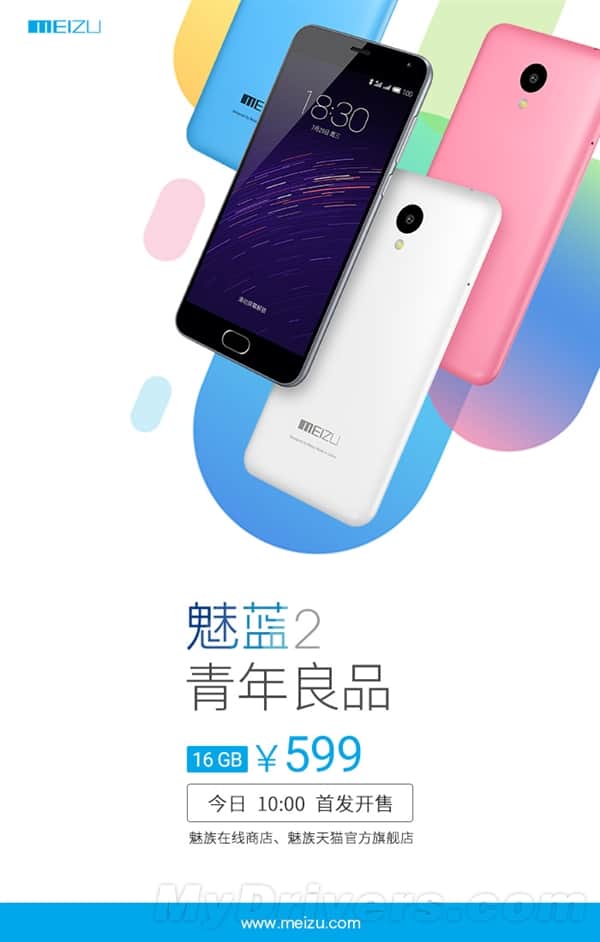 Though Meizu M2 cannot be compared with its bigger sibling Meizu M2 Note, it does have some advantages in comparison with Meizu M1, which was released in January. Specifically, with a low price tag, Meizu M2 offers a package of quite good specs. If you want a quick review of Meizu M2 specs, let’s check out the following table, and you can also compare the two models M1 and M2 at the same time. There are some similarities and differences that we can recognize easily:

In terms of look, there is one small different thing between Meizu M1 and Meizu M2. It is the home button on the front surface of both devices. Unlike M1, Meizu M2 has a physical, oval one, much like that of the Meizu M2 Note, which has just arrived here recently.

So, we have to say that Meizu has brought a good product to those who want a phone for under RM750. With only $149.99 (RM579) for the Meizu M2 Price, not only Chinese but also international buyers can own a phone with 2GB RAM, 64-bit chip, a combo of 13MP and 5MP camera.