These days, its a Spec Race between Android Manufacturers. You get larger displays, higher resolution faster Chips and more RAM on your newest smartphones. One department is lagging behind though, which is clearly battery life.

Espescially 2K Quad HD screens, seem to become the next standard for flagships in 2015. As you can see in the new Xiaomi Note Pro and also Meizu MX4 Pro, chinese manufacturers incorporating those on their next flagships. There is a discussion though if you really need Quad HD screens, or if Full HD 1080p is actually enough. Apparently it is very hard for the human eye to distinguish between 300ppi, the retina resolution treshold by Apple and everything above. 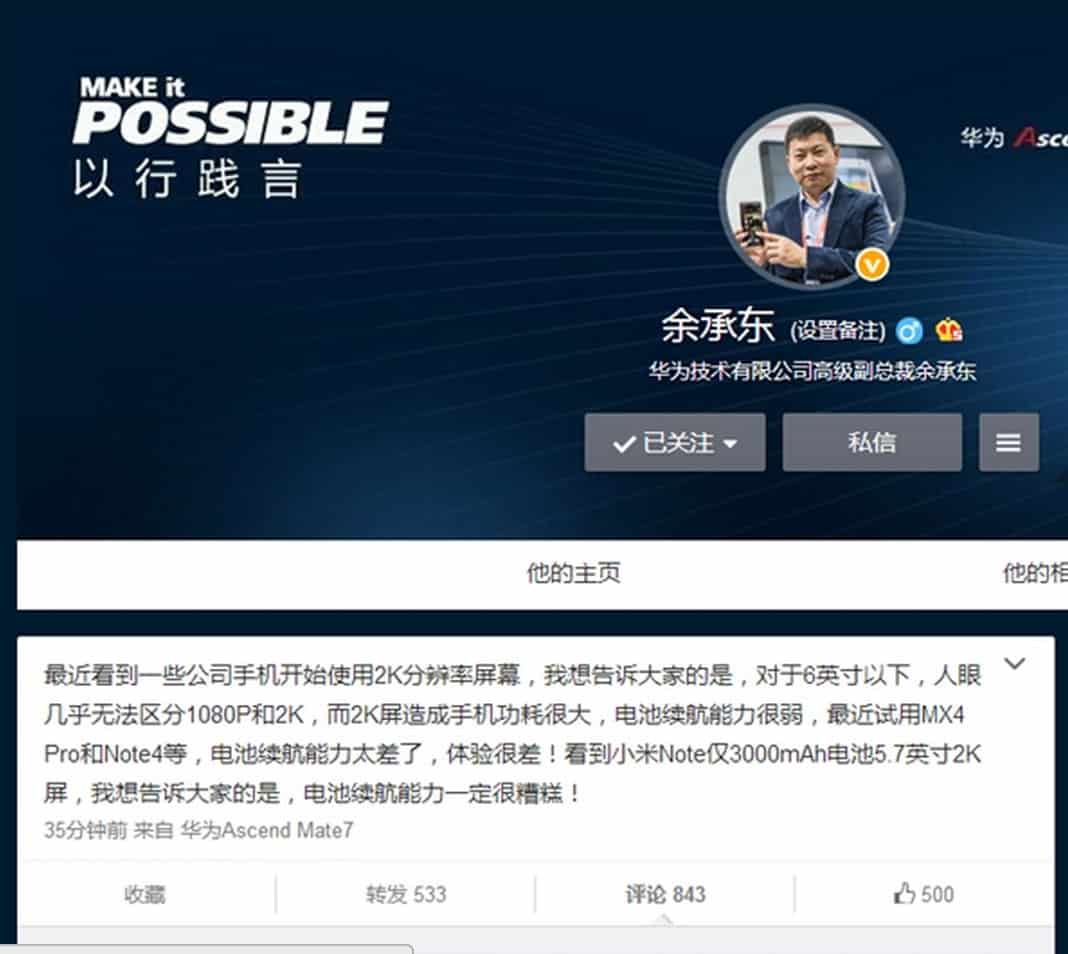 In a recent speech Huawei’s executive Yu Chengdong made clear that he has the same opinion. He says Huawei is watching other companies like Xiaomi, that are using 2K screens very closely. In his opinion it is nearly impossible though, to see the difference from 1080p to 2K screen. Moreover, Yu Chengdong thinks the trade off for less battery life is not worth the use of 2K screens.

He also said that Huawei is testing the Meizu MX4 Pro and Xiaomi Mi Note Pro thoroughly in their own labs. He did not publish the tests, but according to Huawei, the tests were pretty negative in terms of battery life. Yu Chengdong especially stressed on the test results of the Xiaomi Mi Note Pro, as having unreasonable specs. He said that the 3000maH battery of the Xiaomi Note Pro, powering a 2K 5.7″ screen is just not enough. 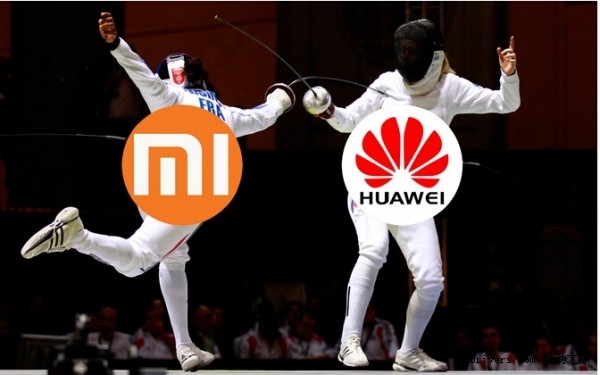 From his speech Huawei’s company strategy seems to be clear for the near future. You will probably not see any Huawei phone with 2K screen so fast, they will focus more on battery efficient devices with good power usage.

What do you think about 2K screens? Do you want battery life or high resolution? Let us know!