Lately, we have received some new information about the next Google mobile: Google Pixel 2 flagship. This device comes with Snapdragon 836, dual 12MP camera and more. Let read the article below to find out!

As far as we know, Google Pixel 2 specs include a 5-inch AMOLED display with Full HD resolution (1080 x 1920 pixels). The touchscreen has no bezel on the side and uses Corning Gorilla Glass 5 for protection. Overall, Google Pixel 2 mobile is a sleek, premium smartphone. About a quarter of the back panel is glass, and the rest is full metal. Google Pixel 2 design is very similar to the previous models of Google Pixel flagships. 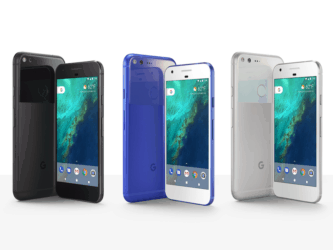 Additionally, Google Pixel 2 camera also contains a 12.3MP sensor on the rear that can shoot videos in 2k quality (2160 pixels). There is also an 8MP secondary shooter on the front for taking selfies. So far, there has been no information available about the Google Pixel 2 battery yet. However, we expect it to be 3500mAh and above.

Notably, we hope that Google Pixel 2 release date is around October 2017 since the previous Google Pixel smartphone launched at the same time last year. About the Google Pixel 2 price, it can start from RM. 3,423 (~ $799). What do you think about this new Google flagship? Please tell us in the comments below.