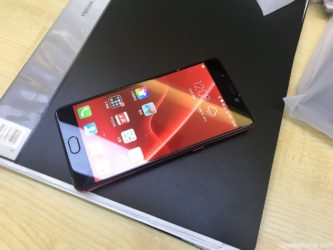 The Chinese phone maker Elephone has recently announced a new model of Elephone P8 device. Moreover, the company also suggested that Elephone P8 phone would be released soon on the market. Not only owning a powerful hardware, but also the Elephone P8 mobile will have a very fancy look with Red version. Here, we have one of the newest photos of this upcoming Elephone P8 for you. But first, let’s us introduce you about Elephone P8 specs and features.

Speaking of the Elephone P8 specs, they come with a 5.5 inches JDI display with a resolution of 1080×1920 pixels. Under the hood, Elephone P8 smartphone is one of the first handsets which is powered by Mediatek Helio P25 processor. It is the most efficient Mediatek processor currently. Moreover, Elephone P8 memory offers 6GB RAM with 64GB ROM which can be expandable up to 256GB via a micro SD card. 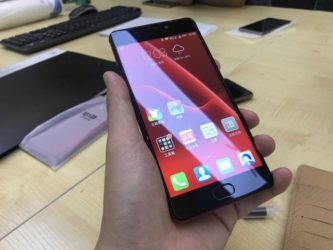 If you love taking photos, you will not be disappointed with the Elephone P8 cameras. For the main shooter, Elephone P8 camcorder equips 21MP with phase detection autofocus, OIS, LED flash. Besides, for taking selfies, the company adds a 16MP snapper wit a wide angle. The Elephone P8 handset is backed up with Android 7.0 Nougat and Elephone P8 juice pack is fueled by non-removable 3600mAh.

The Elephone P8 phone said to be released soon in this May. Until now, there is no information about this Elephone P8 price. However, we hope it will sell at the same segment, which starts from $229.99 (roughly PHP 11,4670). If there are more details about the upcoming Elephone P8 price and release date, we will update to you!