Qualcomm Snapdragon 820 chip was released not long ago but we are afraid that it cannot be the only new and super powerful chip at the moment since Exynos 8890 (aka Exynos 8 Octa) chip which features Samsung custom CPU cores and advanced LTE has joined the race! 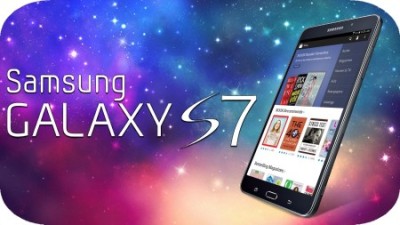 Pretty like Snapdragon 820, the Exynos 8890 is a chip built on a 14-nm process. It means the distance between the chip’s microscopic components is 14 nanometers, making the power consumption and heat generation lower. Besides, the Exynos 8890 comes with 64-bit octa-core design, 4 Cortex A53 chips (the power efficient ones) and 4 Samsung’s custom cores (providing necessary grunt for intense apps). It is also known as the very first chip of Samsung to sport designed custom cores. According to Samsung, their Exynos 8 Octa gives 30% more performance and 10% better efficiency if compared to its predecessors.

In terms of graphics, it is handled by Mali-T880, supporting 4K and improving the performance up to 40% when compared with the GPU of the Samsung Exynos 7420. Moreover, this new Samsung chip also integrates with LTE Cat. 12/13 and no doubt that it is the first high-end chip in the house to sport built-in LTE. As a result, any product boasting the processor will have greater performance, efficiency, cost, and design. Specially, the LTE Cat. 12 is said to be able to download things with speeds of up to 600Mbps.

We can easily notice that Exynos 8890 is created as a beast chip and definitely will be used for flagship smartphones. So, it is pretty sure that the upcoming Samsung Galaxy S7 is going to be launched with Exynos 8890 in early 2016. However, some sources claimed the Galaxy S7 could have a variant equipped with the Snapdragon 820, which somehow will show us the differences between the two strongest and latest chipsets. 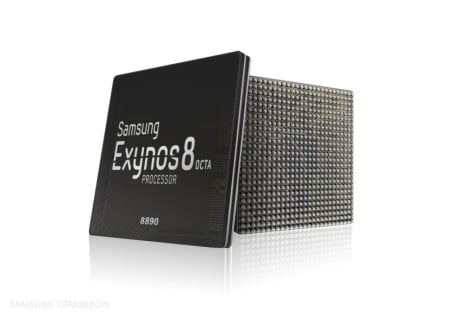 Exynos 8890 was introduced and its commercial production will begin by the end of 2015, according to a Korean report, promising there will be many fantastic devices coming, including Samsung Galaxy S7.