The Asus Zenfone 2 is launching officially in 11th March in Taiwan and by April you will be able to buy the Zenfone 2 in Malaysia and many other countries. While we are sure most of you can nearly not wait anymore, we have created a Asus Zenfone 2 versus Asus Zenfone 5 comparison for you. 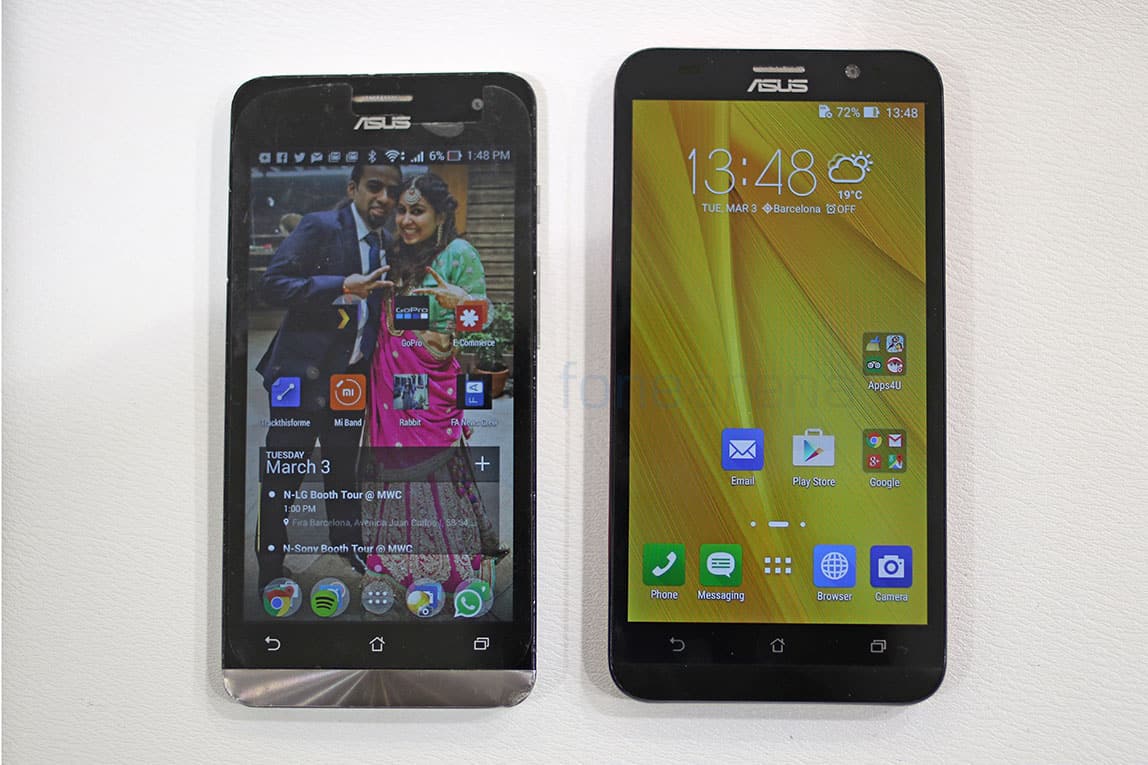 The Zenfone 5 on the other hand comes with an smaller 5″inch display in HD resolution, also protected by Gorilla Glas 3. As usual with Zenfones, the Zenfone 5 also sports an Intel CPU, the dual core Intel Atom Z560, clocked at 1.6Ghz. You also get 2GB of RAM and 16GB/32GB of extendable Memory. The Zenfone 5 works with the PowerVR SGX 544 MP2 GPU. The Asus Zenfone 2 in its 2GB RAM Version gets already more then 50.000 points on Antutu – so its clear who the Benchmark Winner is here. The Camera of the Asus Zenfone 2 has been upgraded to a 5MP Selfie Shooter, while the Zenfone 5 gets a 2MP Shooter. Design wise both have the Asus Logo at the center, and Android’s typical three capacative buttons under the display. 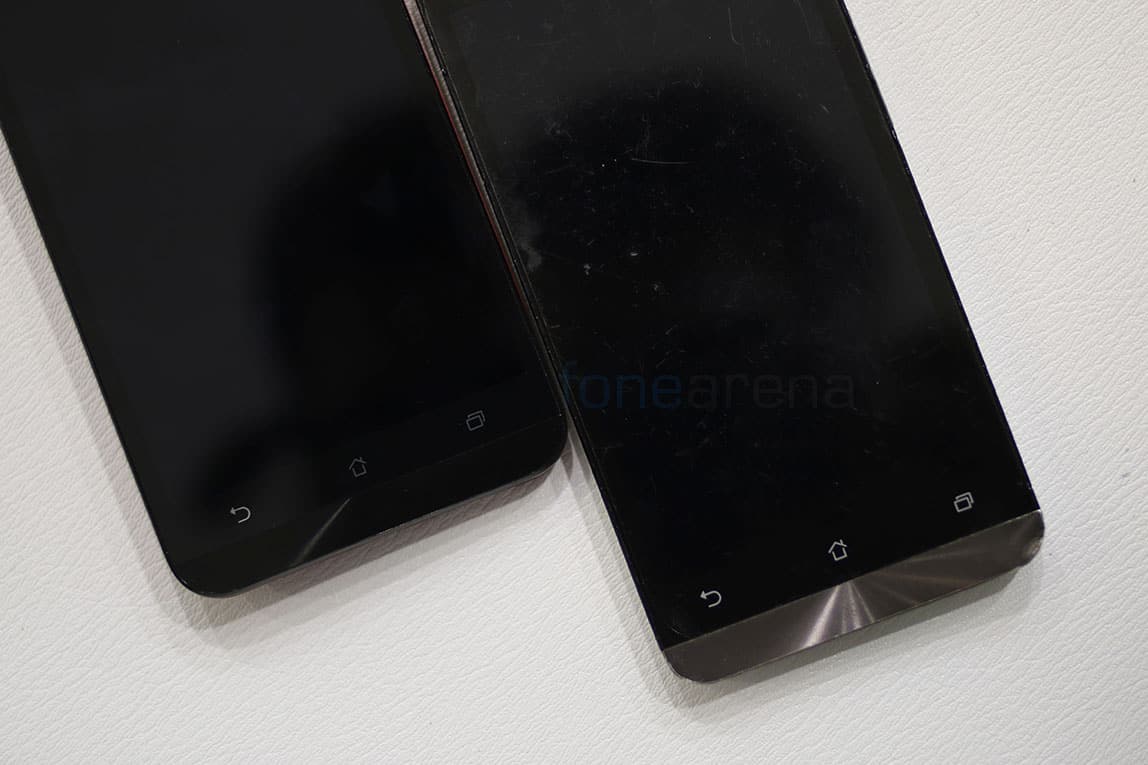 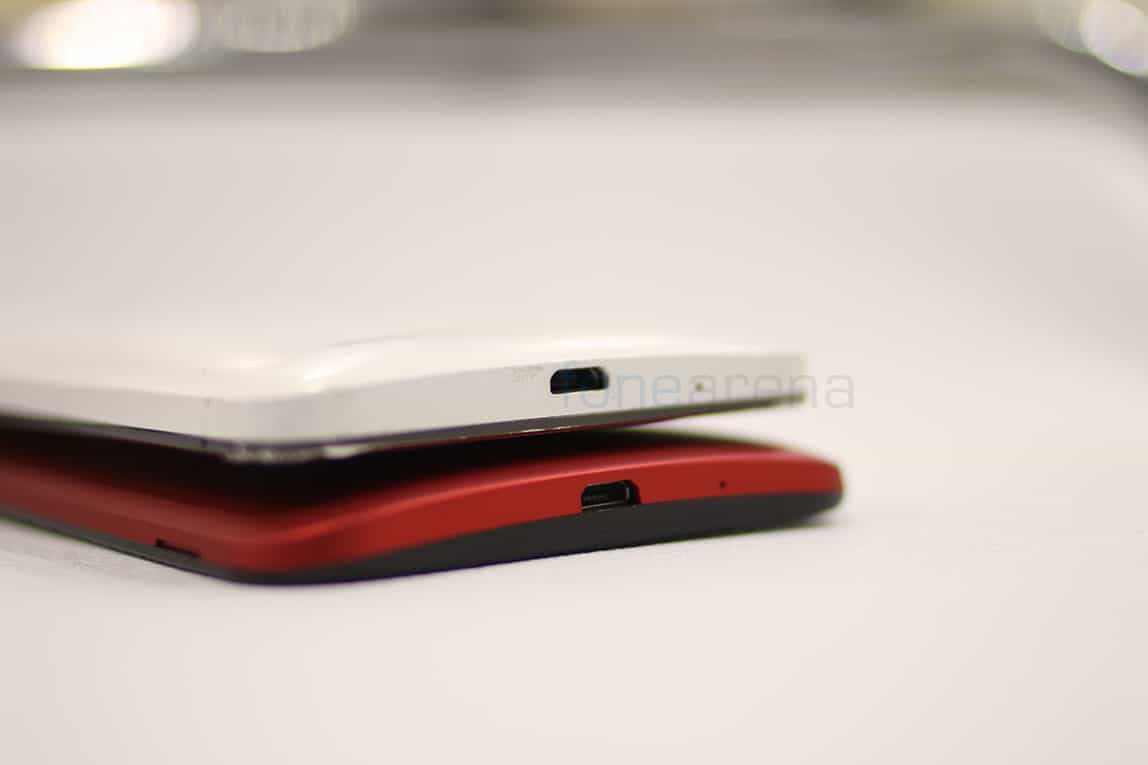 The Zenfone 2 has the Power Button on Top of the Phone, as well as the same 3.5mm Audio Jack as the Zenfone 5. 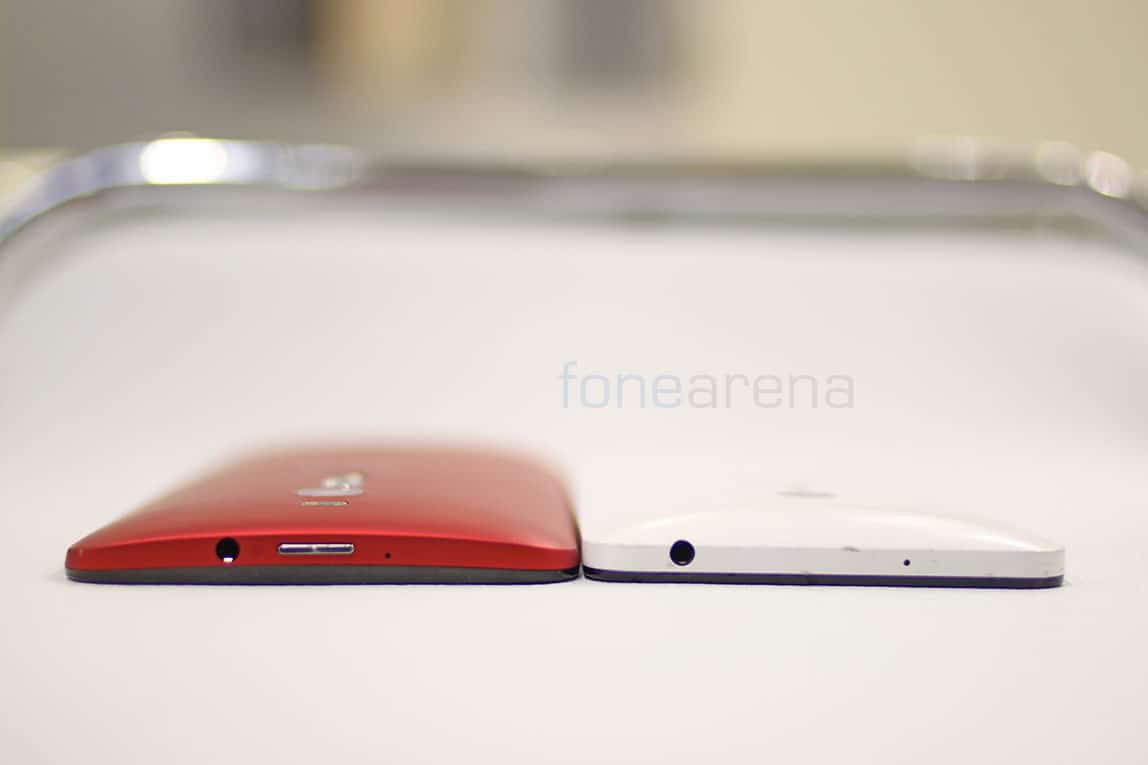 Both Zenfones, come with removable Back Cover and Asus Logo at the center with the loudspeaker grills. The Zenfone 2 comes with a generous 3000maH battery, compared to the smaller 2110mAh Battery in the Zenfone 5. It seems with the Asus Zenfone 2, Asus has been really listening to their fans. You get a faster CPU, more RAM, better Camera, better Battery, and a larger Screen. Moreover Asus will keep the Zenfone 2 cheap at just 199USD for the 2GB Version and probably 299USD for the 4GB Version. We actually think the Asus Zenfone 2 is proof that all other phones are too pricey! And while chinese Brands like Xiaomi have comparable devices, Asus will make sure that the Zenfone 2 is actually available online and offline, when you want it.

The Asus Zenfone 2 will officially launch on March 11th in Taiwan and come in April already to more Markets. Honestly we cant wait, what about you?