Apple was defeated by what had taken them to the top of success. This electronics giant has recently posted their business results of Q2 2016 and seems like Apple is paying the price for being too dependent on a single product: the lovely iPhone. 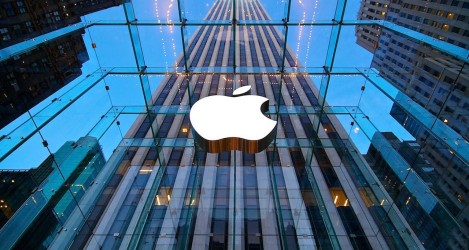 Apple had has a long impressive period of developing , with 51 consecutive quarters of revenue growth. The booming demand for smartphones , music players and other electronic devices has helped Apple to reach the average annual sales of $227 billion over 13 years. However, the unbeaten beast now have to grieve at the declining of the quarterly revenue and net income. Apple posted quarterly revenue of $50.6 billion, decreased $7.4 billion compare to last year. As a result, net income is also decrease from $13.6 billion from Q2 2015 to $10.5 billion.

CEO Tim Cook appraised that in the face of strong macroeconomic headwinds, his company still doing well. “We are very happy with the continued strong growth in revenue from Services, thanks to the incredible strength of the Apple ecosystem and our growing base of over one billion active devices.”, said Tim Cook. Nevertheless, Cook has admitted that the last quarter was a tough quarter , Apple earnings showed that they have not sold as well as when the new iPhone 6 and 6 Plus was launched. 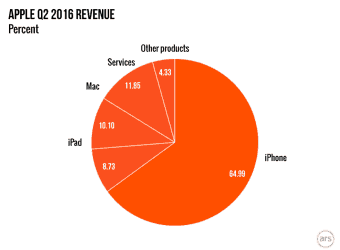 Apple’s stable growth and becoming the company having the biggest market value thanks to iPhone. It’s an indisputable truth since revenue from the sale of iPhones in Q2 / 2016 reached $32.8 billion US dollars , accounting for 65% total revenue of Apple. Therefore, iPhone sales declining has led to a huge impact on revenue. Although Apple said they are starting to focus on more business services , but still will not be enough and it will take a very long time period.

Apple expected that this down trend will continue in the upcoming quarter. Thus , Q3 / 2016 will continue to be a dark period , even the darkest of Apple. Until Apple launches iPhone 7. It was Apple’s only hope now, if the iPhone 7 can convince people to upgrade their iPhone , then Apple will be saved. So, will this year be the dark year of Apple, do you think that iPhone 7 can save this giant from falling down? Let us know your prediction.