A new month has begun and we guess a list of excellent 4GB RAM smartphones will be a good idea. You can check them out to see which one is the most awesome to purchase this December! 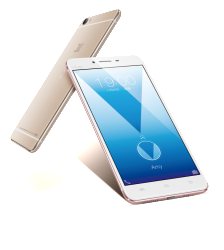 Firstly, we would like to talk about Vivo X6 specs. A MediaTek MT6752 processor, a 5.2-inch Full HD Super AMOLED display, a 2,400mAh battery, 4GB of LPDDR4 RAM, and 32GB ROM are in charge to run the phone. Besides, you have a 13MP rear and an 8MP front-facing camera to take photos. Interestingly, it is said that the camera app can open in just 0.6 second and focus on object in only 0.1 second. As for Vivo X6 Plus specs, there are not many differences. You just need to remember it sports a bigger 5.7-inch Full HD screen, 64GB ROM and two options over the batt: 3,000mAh and 4,000mAh.

ZTE Nubia Z11 specs are said to own a crystal clear 5.2-inch Quad HD display, a Snapdragon 820 processor (which was launched not long ago) paired with an Adreno 530 graphics chip. It is even powerful once being supported by 4GB of RAM, 128GB of internal storage, a fingerprint scanner and Android 6.0 Marshmallow OS out of the box. As for the camera, there are a 13MP FRONT cam coming along with a 20.7MP MAIN one. We have to admit the Z11 can become a flagship killer in the future.

Besides 4GB RAM, Comet is a special handset thanks to its an ability of plunging to surface and float on water. Other Comet specs also are impressive: a handy 4.7″ HD AMOLED display, a Snapdragon 810 chip, and a 16MP dual camera coming with super trendy modes and functions. The whole device is powered by a 2,800mAH battery that can last through a full day of work.

According to some leaks on the internet, Huawei P9 Max specs pack a 6.2-inch QHD display, an octa-core Kirin 950 chip paired with GPU Mali-T880 MP4, 4GB RAM, and 64GB ROM. Overall, we can see that is a truly Android phablet running on Marshmallow OS out of the box. Furthermore, lately, Huawei P9 Max Antutu score has also been spotted: 73,759 points generally and 16,822 points for the 3D graphics. Kind of good numbers, right?!

This is a new member of Huawei Mate series or a successor to Huawei Mate 7 launched last year. Huawei Mate 8 specs include EMUI 4.0 based on Android 6.0 Marshmallow OS, a big 6-inch FHD display, a Kirin 950 chip, 3/4GB of RAM and 32/64/128GB of ROM. As for the camera, a 16MP rear and an 8MP front snapper are on board to take care of beautiful pictures of you. And the Mate 8’s 4,000mAh battery will make sure you can use the machine in quite a long time.

The Special Edition features 128GB ROM expandable to 64GB, which can help store up to an extra 45,000 pictures. About the operating system, ZenUI has been changed in a more impressive way. A notification menu is added, including icons outlined in red against a 3D-looking black disk. In terms of specs, actually there are not many differences if compared with the original ASUS ZenFone 2.

LG V10 looks pretty big due to its 5.7-inch 2K main and 2.1-inch secondary displays on the front surface. Moreover, there is a dual front cam capable of 5 megapixels each, a 16MP back shooter, a Snapdragon 808 processor, 4GB RAM, 64GB (expandable up to 2TB)  and a 3,000mAh removable battery. Those are such a fantastic combination in a beautiful handset.

At first, ZTE Nubia X8 looks like Sony Xperia Z5 since some of its live photos were seen, showing a machine with gold color and premium metal frame. About the hardware, basically, ZTE Nubia X8 specs include a 5.5-inch display with Quad HD resolution, powerful 4GB RAM and a huge 5,120mAh battery. 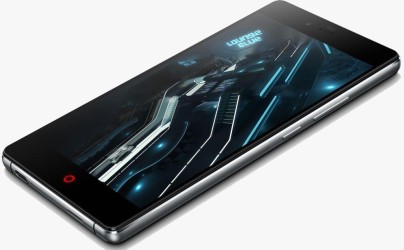 Well, those are the 10 best 4GB RAM smartphones for this December, but which one is the best to you? In our opinion, it is Huawei Mate 8! Do you agree?