Recently, we’ve got some news about the flagship Xiaomi Mi5. Specifically, it is a teaser of the smartphone, showing that maybe Xiaomi is in the last stage of preparing the debut of Xiaomi Mi5. 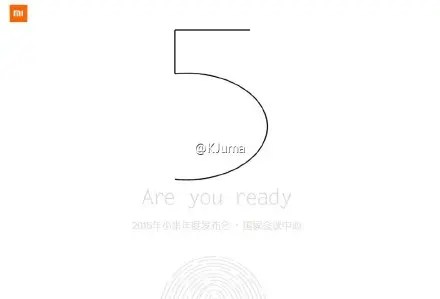 The teaser was leaked on the internet by Weibo tipster @KJuma, displaying a massive number 5 and a question “Are you ready.” In the bottom, we see the top half of a fingerprint, which means the phone will probably sport a biometric scanner. Obviously, fingerprint scanner is not something super new at the moment, but to Xiaomi, if Mi5 is really going to have one, it will be the Xiaomi’s very first handset in the house to feature that tech. 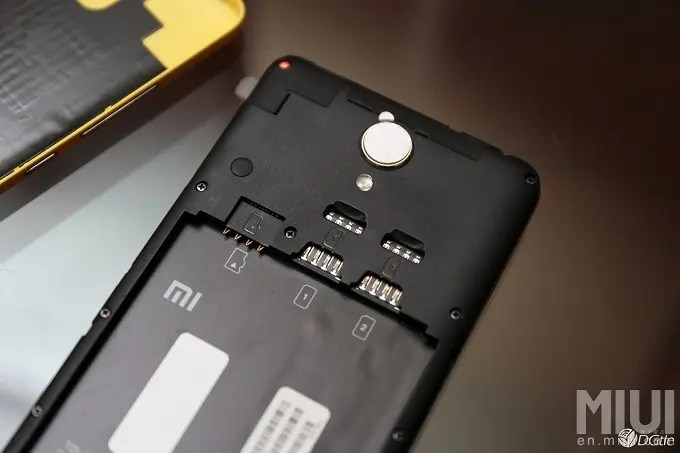 Apart from the FS, we cannot tell more about the Xiaomi Mi5 specs and other things. However, we hope that what has been said so far will come true. In that case, Mi5 is a high-end device boasting a a Quad HD display, a 3,000mAh battery, 4GB RAM, a 16MP rear camera and a premium metal design. Besides, the device is expected to come with the latest Xiaomi MIUI 7 based on Android Lollipop OS.

The whole machine will be powered by the new Snapdragon 820 processor which is able to score over 83,000 Antutu points. Nevertheless, some sources also states that since they cannot wait for the SD820 chip, Xiaomi has to use the Snapdragon 810 one instead to release the flagship as soon as possible. But, is it a good choice, for SD810 chipset is receiving quite a lot of complaints for its heating issue? 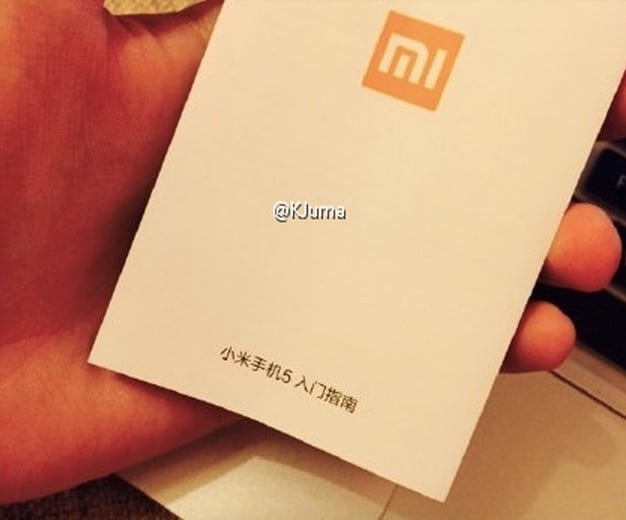 On the other hand, Xiaomi Mi5 is also anticipated to come with another sibling called Xiaomi Mi5 Plus with some better features such as a 5.6-inch 2K Ultra HD display, 64-bit octa-core Snapdragon 820 chip, a 3,550mAh battery, 4GB RAM and various options for the ROM: 32GB, 64GB, or 128GB. So good, right?!

In conclusion, we realize that Xiaomi is taking some steps as usual before the launch of a new product. We are in September now and we have already seen a teaser of Mi5. Then, we predict that more details about it will be released in the very near future. Don’t you think?