Xiaomi newest flagship rumors have been piling up for the last few months. Today, Xiaomi Mi 6 leaked on Weibo, giving more hints about this mysterious phone. Let’s check it out! 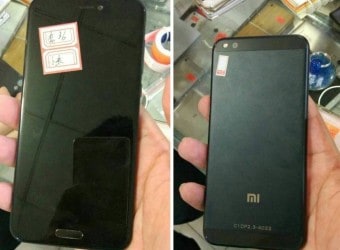 According to the rumor, it seems like Xiaomi is going to opt for a “Standard”, “Prime edition”, “Pro edition” tier system again. However, this time resolution would be the difference, not RAM. The source claims that Xiaomi Mi 6 will come in two variants: one with 4GB RAM, 32GB ROM, accompany by a Full HD display panel, while the other variant will come with 4GB RAM, 64GB ROM and a 2K display. Different storage options sound perfectly reasonable and have been done before by many brands. However, using 2 display resolution for one device is a little uncommon and may result in confusion for buyer.

Samsung Galaxy S8 is also said to have 4GB RAM, so opting for this amount should help Xiaomi Mi 6 to compete with the bigger brands. There were rumors claimed that Mi 6 would come with Qualcomm’s latest Snapdragon 835 chip, which is also the same processor used on Galaxy S8. However, there were other contradicting leaks about the device’s CPU so take this with a grain of salt. As for Xiaomi Mi 6 cameras, the flagship is said to use a Sony IMX386 sensor for its main 12MP shooter and borrow the Sony IMX268 8MP selfies setup from the Mi Note 2.

Some other interesting features of the phone include a 5.15″ IPS LCD display, Bluetooth v5 and USB Type-C port. The device also comes with a non-removable battery (the capacity is still unclear) with fast battery charging technology. Xiaomi Mi 6 will be available in at least 4 colors including Silver, Gray, Gold and Rose Gold.

For now, there are still a lot of mysteries surrounding this flagship. So far, no single source has been able to confirm the launch date. The phone was originally planned for a February 6 event, but then postponed till April to wait for the second batch of the Snapdragon 835 chipset.