This time, we bring you 5 smartphones coming with huge batteries. You will not have to worry about running out of energy just after a few hours using your phone. Furthermore, some of them can even act as a power bank if necessary. Now, check them out! 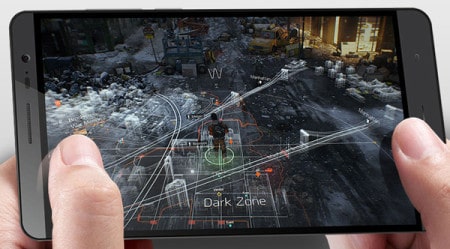 This phone is powered by a MTK6735 chip, 2GB RAM, 16GB ROM, and Android 5.1 Lollipop. As for the camera, there are a 8MP primary and a 2MP front shooter. They may not the best cams but still can give you smooth, bright and beautiful shots. Other iNew L4 specs have a 5.5-inch HD IPS screen and an amazing 5,000mAh battery which can also play the role of a useful power bank.

Perhaps this brand is not very familiar with us but the phone Doogee T6 is really impressive with its up to 6,000mAh battery. With such huge capacity, you can comfortably use T6 for a couple of days. Moreover, it sports Pump Express quick-charging tech, promising that your handset can get a lot of energy in a short time. Though, the speed of charging has not been unveiled yet. Some other Doogee T6 specs include 2GB of RAM, a MediaTek MT6735 chipset, and a combo of  a 2MP selfie and a 8MP main camera.

Doogee T6 launch date is expected to be at the end of this month at the beginning of December. Then, we would know how much Doogee T6 price is and how to purchase it.

Bluboo X550 price is $169.99 (about RM750) and it seems a good deal for a phone with 5,3000mAh battery like that. The cell is made by a California-based company called Amprius and in fact, the device is able to last through two days of average use with just one charge. Additionally, thanks to MediaTek’s PumpExpress Plus solution, the X550 can be charged very quickly.

Other Bluboo X550 specs are Android 5.1 Lollipop, a 5.5-inch HD display, a 64-bit quad-core MediaTek MTK6735 1.7GHz processor, 2GB RAM plus 16GB ROM. Besides, it also owns a microSD card slot, 4G LTE connectivity and a combo of a 13MP rear camera with a LED flash and a 2MP front-facing one. Those features are pretty good for a mid-range phone.

Philips W6610 launch happened in the H1 of 2014, which was quite long ago. However, the W6610 will always be remembered when it comes to smartphones with huge batteries. That is because of the machine’s 5,300mAh cell. To have a fuller view of Philips W6610 specs, please take  a look at the following table.

If you think Lenovo is the only company that cares about big battery smartphones, you may have to change your mind. Gionee appears to have the same interest and they have been producing many devices equipped with huge batts. One of them is Gionee Marathon M4 which comes with a 5,000mAh cell, absolutely big enough to satisfy those who want their phones to last more than just 24 hours. Here are some key Gionee Marathon M4 specs: 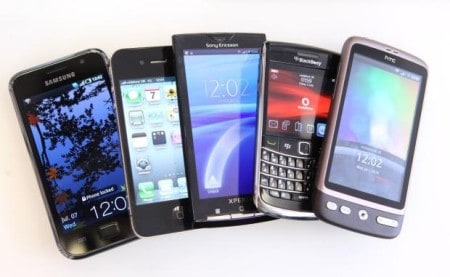 Those are the 5 best smartphones we can think of to introduce to you. They all have huge batteries so that you can use them in a longer time to work, study and relax. What are your opinions? Are they good enough?