Symetium, a company based in Sweden, is starting a very ambitious smartphone project. They are raising a $1,250,000 fun in order to manufacture a product they call “the no-compromise smartphone PC”. Before getting to know about this brand new Symetium smartphone’s special features, let’s see what the device has to offer in terms of specs. 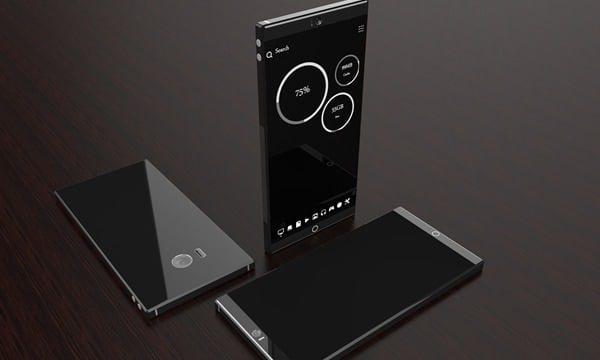 What is more amazing? The handset will possibly feature gigantic 6GB of RAM in tow, together with generous 64/128/256GB ROM. If you have read about Samsung working to bring 6GB RAM for smartphones, you will know that this is totally doable. The Symetium smartphone cameras will be 24MP and 5MP for rear and front camera respectively. 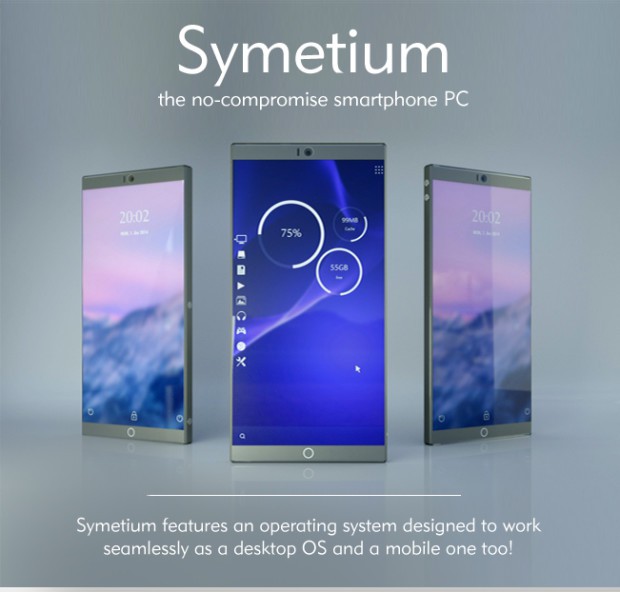 To catch up with the trend many users love from Sony Xperia series, the Symetium will go with water proof and dust resistant thanks to IP67 certification. By the time it will be launched, the Swedish smartphone will definitely ship with Android 6.0 Marshmallow pre-installed. The company is said to be developing their own SymetiumOS to place on top of Android 6.0.

So what is the Symetium special feature that we mentioned earlier? Indiegogo, one of the most famous out-sourcing platforms, have mentioned that the phone would be about to connect to multiple screens at once. To make it even more appealing to customers, the Symetium smartphone can be turned into a PC in a blink. If you connect the phone to an HDMI screen via its Type-C USB 3.0 port, the mouse and keyboard mode will be activated immediately. The SymetiumOS would offer both portrait and landscape modes, and you can start working on you “PC” now.

Here is how the Symetium smartphone turns into a PC. Amazing!

The project about this dream smartphone has been designed by Jonathan Gustafsson, who has spent 3 years on it already,

“With Symetium, I want to go past mobile operating systems and join the two together. It is time for phones to stop being phones as they are much more than that and have been for years,” Jonathan said.

– and “In my eyes Symetium will always be a 5 inch portable computer that can make calls and that’s how it was built. This means that there will be no limitation when it’s used without a SIM card”.

We hope Jonathan collects his money soon so we can try this amazing idea one day!