As we told you previously, the Samsung’s Galaxy phone S8 and S8 Plus problematic is getting hotter than never. Read the full article for more news. 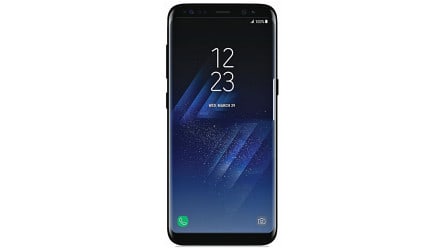 There is a new report which actually leaked a few days ago about the next upcoming Samsung’s Galaxy phones, it is all about the design and the look these phones are coming with. Actually, there is a new leak about the Galaxy S8 and S8 Plus every single day, it is one of the most awaited phone that may launch early April. In fact, we believe that there is something you need to know, “You didn’t think a day would pass without a Galaxy S8 leak, did you?

Latest images of the long-awaited Samsung flagship reveal and confirm once more that the device will be really tall and slim”. Let us remind you that both the S8 and the S8 Plus specs will be similar, the most important that will differentiate them will be the size and their curvy edge. The Galaxy S8 specs will come with a 5.8-inch AMOLED with a resolution of 1440 x 2960 pixels, while the S8 Plus specs will come with 6.2-inch with the same resolution.

Samsung’s Galaxy phones will both be powered by Qualcomm MSM8998 Snapdragon 835 and Adreno 540 with a 4GB RAM. Reports said that there is also a photo of a screen protector, specifically cut around the camera and alleged iris scanner. Both phones will have an additional button below the volume rocker which is actually said to be for the Bixby, Samsung’s AI.

We also believe that there will be a big change about these phones, you will definitely like when they launch. Samsung is planning to unveil these devices on March 29, 2017. The S8 and the S8 plus might go on sale early April 2017. What do you about the design of Samsung’s Galaxy phones.