Lately, Samsung Galaxy S7 has been spotted in Geekbench’s database, showing up with super powerful new chip. How does it sound?

According to what we know about Samsung smartphones, they, especially Galaxy S and Note models, are usually equipped with the company’s Exynos or Qualcomm Snapdragon chipsets, depending on the markets Samsung supplies the phones to. So far, there has been just one exception: Samsung Galaxy S6. It only has Exynos 7420 version because at the time the S6 debuted, Snapdragon 810 was so “famous” for heating issue.

This year, the S7 has got back on track, offering consumers two options: Exynos 8890 and Snapdragon 820. However, there can be more since recently Geekbench has shown two variants of the Galaxy S7 run by MediaTek chips. They are coded the same – Samsung SM-G930W8 (with G930 for the S7 and W for Canadian vers), but powered by different processors: octa-core Exynos 8890, deca-core Helio X25 and deca-core Helio X20. Besides, you should also note that the X20 Galaxy S7 will be equipped with 3GB of RAM while the others go with 4GB of RAM. 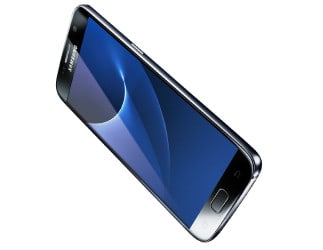 Apart from some of the phones’ specs, Geekbench also revealed their benchmark scores to be 6,416, 6,014 và 5,943 points, respectively. We can see that the difference is not much, showing that they are all strong to give you great experience. For other Samsung Galaxy S7 specs, it is very likely they are the same as the original handset.

As for Samsung Galaxy S7 prices, we predict they will range from $670 to $700. Though, about their availability, indeed the “W” of the SM-G930W8 hints that the above Galaxy S7 machines will be shipped in Canada. Nonetheless, the manufacturer has not confirmed if those guys only go on sale in Canada. Then, we’d better wait a bit more for an official announcement from Samsung.