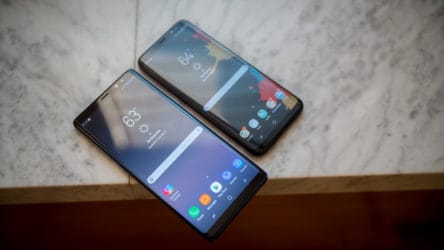 About look, there isn’t much to point out between the two phones except that the Note 8 has a bigger screen. Both have an infinite display that curves backward and seamlessly transit to the back. They even put the fingerprint scanner next to the camera on both devices. The Note 8 got the S pen plus a boxier top edge and that’s about it for the differences. As if the design guy just load the S8 on photoshop, hit the transform command, pull the top right corner a bit then call it the Note 8.

Since the exterior doesn’t have much to offer, let’s look inside. Both phones have the Snapdragon 835 chipset. The Samsung Galaxy Note 8 RAM is 6GB while the S8 is only 4GB. So more processing power from the Note 8 but the cases where you need more than 4GB isn’t exactly plenty so it’s just a small difference. The S8 has only 64GB storage while the Note 8 has 64/128/256GB options. Surely 128 and 256 is not 64 but that is dependent on whoever is buying the Note 8 so another minor difference. 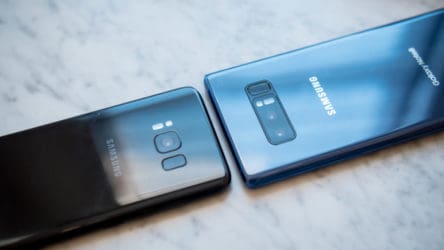 The Samsung Galaxy Note 8 camera does have something new this time. First, all though both got 12MP lenses, the Note 8 is a dual camera. That might be the first visible difference. However, the real difference lies in the software. The Note 8 camera app has a new “live focus” feature which allows you to adjust the depth of field effect either before or after you have taken the picture.

The two devices do look almost identical yet there are differences that only emerge after having used the devices. Because the differences are mostly in terms of software. Still, they won’t stop some people from calling the Note 8 a “bigger S8 with S pen and dual cam”.