At the moment, Samsung Galaxy Note 5 is still considered as one of the best phablets in the world. Though, due to being a successor the the Note 5, Samsung Galaxy Note 6 is expected to be best of the best, which is a real challenge for the manufacturer this year. Yet, we think they can do it as technology is developing non-stop; powerful features like 4K display and 6GB RAM have also appeared.

According to some news sources, it is claimed that Samsung Galalxy Note 6 will be run by 6GB RAM and Android N OS. Well, those are the latest, strongest specifications for smartphones and it it turns out to be true, the Note 6’s gonna become a true “flagship killer”. Other Samsung Galaxy Note 6 specs are also said to include a 5.8-inch 2K screen, a 12MP camera with advanced tech like the Samsung Galaxy S7 duo, and up to 256GB of internal storage. 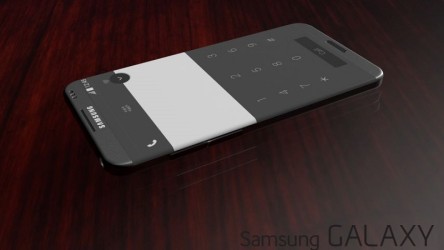 As for processor, we guess the Galaxy Note 6 will offer 2 choices like the S7 and S7 edge, which means you can choose a Snapdragon 820-powered variant or an Exynos 8890-powered one. However, please note that the above information has not been confirmed by Samsung yet. So, let’s take it with a pinch of salt.

As you know, Samsung Galaxy Note 5 launch took place in August 2015 and we are pretty sure that its successor will also do the same, or maybe even earlier. The Bell, a Korean website suggested that Samsung is planning to release the Galaxy Note 6 in the middle of July. Then, we just need to wait 4 more months. About the Note 6 price, no words have been made, but we predict it can cost around $900 for such excellent features. Do you agree?