The Samsung Galaxy A5 2017 was unveiled this week at the CES 2017 by the Korean giant. This device is so good that it is built in with some of the Galaxy S7 features.

Besides the A5, Samsung also launched other A series devices like the A3 and the A7, but today we gonna tell you everything good about the A5 2017. This device has some of the features of the most expensive phone made by Samsung (the S7), it’s now waterproof with the IP68, this means that you don’t have to be mad when your phone get dropped in the water. For the mid-range devices, you can’t see that kind of built in feature.

The Samsung Galaxy A5 2017 specs pack a super AMOLED screen size of 5.5- inch FHD. The device also has the “always on clock’ mode on it, which make it easier for you to watch the time without hitting the power on button. This phone sports an Exynos 7880 octa-core SoC clocked at 1.9GHz and is build wit a 3GB RAM to make the phone run smoothly. It has a native storage of 32GB which can be expanded up to 256GB with a micro SD. Definitely, you will need a card to expand the memory of this beast. 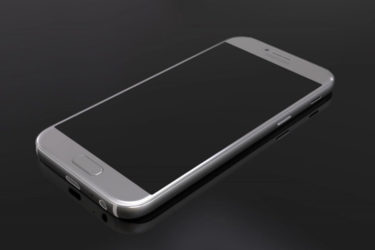 In order for users like you to have to keep your device running for a good 1 day, the A5 2017 comes with a battery power of 3000 mAh which is supported by a fast battery charging mode. The one missing feature on this device is that it doesn’t support the wireless charging mode. The Galaxy A5 2017 cameras sport an advanced 16MP for both the primary and secondary cameras, do not underestimate its 16MP, it is said to shoot great photos better than some phones with 20MP. It runs Android 6.0 and will receive the Nougat update in 2 months time.

Samsung Galaxy A5 2017 price and availability?

This phone is available in some countries now and it will globally be official before the end of February 2017. The A5 2017 price is RS 30,600 which is equal to $ 451. This is one of the best mid-range phones you can get out there, let us know what you think about this crazy ass phone.