Lenovo Vibe X3 and Xiaomi Redmi Note 3 are the newest smartphones of their manufacturers to be released this month. So, which one is better? Let’s find out the result together! 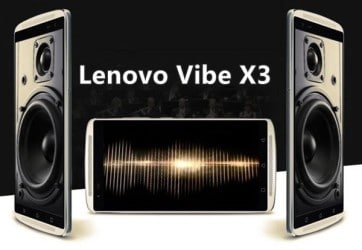 Both of them were launched in November, 2015 and have been drawing a lot of people’s attention. Besides, they also have the same 5.5-inch Full HD screen and 3GB RAM, but other specifications are pretty different. Specifically, we will look at the chip, camera and battery. However, firstly, we can easily see that Lenovo Vibe X3 is a bit thicker and heavier than Xiaomi Redmi Note 3. Anyhow, it won’t affect much the strength inside.

As for the chip, the Lenovo product uses a Snapdragon 808 processor which is also used in the flagship LG G4. Meanwhile, Xiaomi Redmi Note 3 equips their machine with a MediaTek Helio X10 one which is usually chosen for many powerful handsets such as Meizu MX5, Elephone Vowney, etc. With these chipsets, your phones are definitely able to deliver smooth performances.

In terms of camera, we have to say Lenovo Vibe X3 is stronger than its competitor since it sports a combo of an up to 21MP rear and an 8MP front-facing snapper. Those who love taking photos will fall in love with the X3. On the other hand, the Note 3 has a common set of shooters including a 13MP and a 5MP cam, which seem good enough capture pics. Nonetheless, the Note 3’s battery is totally the winner. It is capable of 4,000mAh while the X3’s just has 3,600mAh (yet it is also a great number when compared with other smartphones on the market). 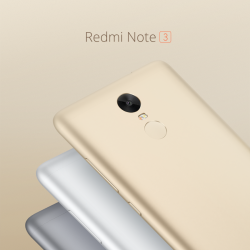 So, overall, each device has its own advantages, so you base on your need to pick out the most suitable one. Of course you also should consider the prices which are presented in the next part! Check them out now!