Recently, there is a new smartphone that is said to look like Elephone P7000 called Oukitel U8, or also known as Universe Tap. Just like the nickname, the manufacturer confirmed that this is a device using “tap” fingerprint sensor placed on the back of the phone to unlock the phone instead of sliding your finger over it.

Let’s take a look at Oukitel U8 Specs: 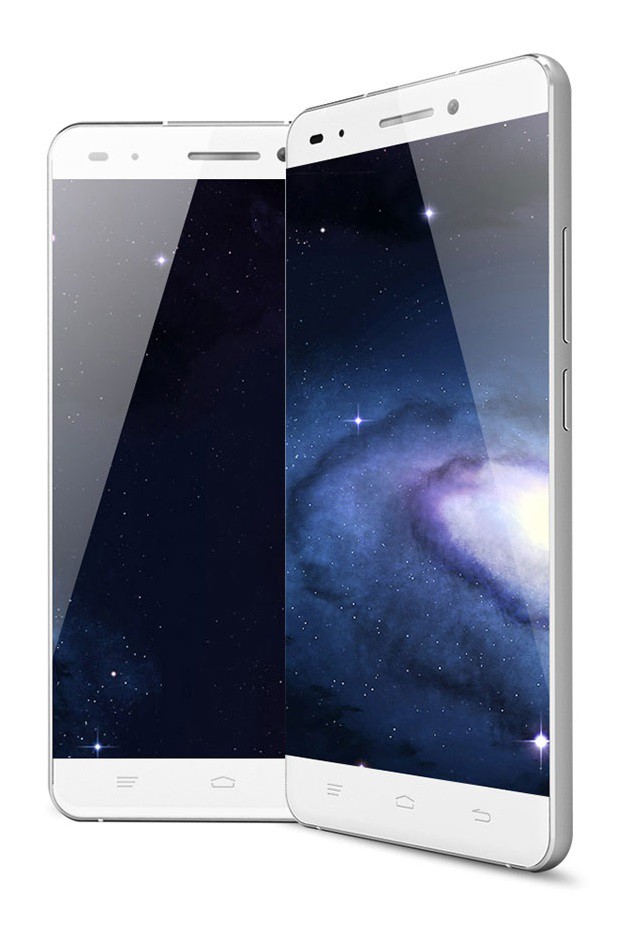 Oukitel U8 is a 2.5D-curved-glass-over phone with finishes made of aluminum alloy and housing made of plastic. Apart from its interesting design, U8 includes 5.5” 720p IPS screen, a combo of 13 mega-pixel rear camera and 5 mega-pixel front camera, 2GB RAM, Mali-T720 GPU, 4G LTE connectivity, Wi-Fi, Bluetooth 4.0 and 16GB of storage but it can be expanded up to 128GB thanks to a microSD card slot. It is powered by Mediatek MT6735 64-bit Quad-core processor, and run by Android 5.1 Lollipop and a 2,850mAh battery that can provide users with about 15 hours of conversation and 100 hours of standby time. Look like it has all of what popular smartphones nowadays have to give you good experience, doesn’t it? So, Oukitel U8 is an absolutely new name in the mobile market, but it knows how to draw people’s attention to what it can offer. Specifically, two remarkable things that should be mentioned first are Oukitel U8 fingerprint sensor, kind of similar to Elephone P7000, and Oukitel U8 price.

First of all, we can notice that the finger scanner is placed under the rear camera and in the centric position of the phone’s upper part like Elephone P7000. Nonetheless, U8’s scanner is a square while P7000’s is a round.

In terms of price, the company has set a good price for their product at the initial stages. The device will go on sale for $139.99, which means Oukitel U8 price in Malaysia will be around RM502, in the period of presale from 15 to 21 May here. After that, U8 price will increase as what is described in the following picture. 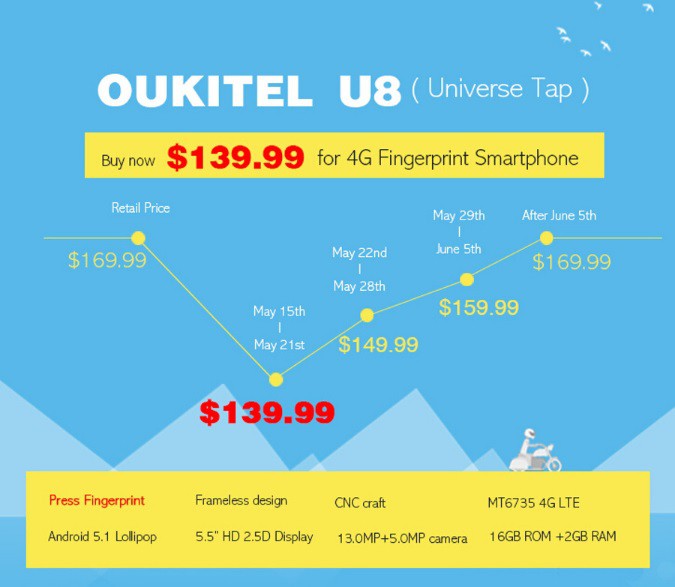 Though it is obviously an affordable phone with good specs, that Oukitel U8 Universe Tap can become a strong competitor to other smartphones in its kind is still a question. Yet, how about you? If you are about to buy a new smartphone, will you take this friendly-budget Oukitel U8 into consideration?