Do you remember the beast Oukitel K6000 equipped with an up to 6,000mAh battery? Well, it’s going to have a new sibling which is even more powerful, called Oukitel K6000 Pro…

According to some recent news, Oukitel will release up to 2 additional variants of their K6000 this year. In fact, one of them – Oukitel K6000 Premium, has been said to be about to debut while the other – Oukitel K6000 Pro, has still a secret. And after what we heard, it seems like the secret is going to be unveiled soon. Apparently, its specifications have been finalized and the handset is ready to fly.

Spec-wise, the Pro will boast Android 6.0 Marshmallow OS, an octa-core MediaTek MT6753 chipset, a dual SIM, paired with a 5.5-inch Full HD display. As for camera, the main one is capable of 13 megapixels while the front-facing snapper is 5 megapixels. That’s a standard combo to bring you beautiful shots. Besides, Oukitel K6000 Pro specs will also contain the huge 6,000mAh cell as its other bros, 3GB of RAM plus 32GB of internal storage (not know if it is expandable or not). 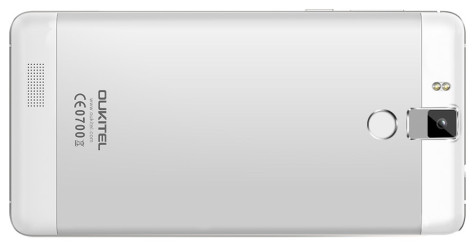 In addition, a rear fingerprint scanner will be on board as well to ensure your phone’s security. And Oukitel has also confirmed that the Pro will support LTE bands including 1/3/7/20. In general, this is a decent device giving you a super long time of using and pretty smooth performances.

In terms of official Oukitel K6000 Pro release date and price tag, we’ve not received any information yet. However, it is claimed to be  launched soon, perhaps in the Q2 of 2016. We hope the cost will be around $250, so the Pro can compete well with others. What do you think? Is it an affordable price as you want? Share with us!