OPPO’s latest smartphone OPPO R7 Plus launch has occurred in OPPO’s 10-year history ceremony in Beijing, China. We heard a lot about its specs and design before OPPO R7 Plus launch date, but they were rumors, and now the manufacturer made it official with some small changes. Let’s take a look at the detailed features of R7 Plus. 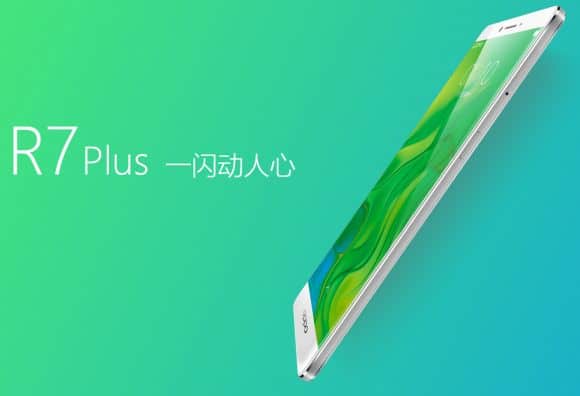 R7 Plus comes with a 6-inch (1920×1080, 367ppi) AMOLED display that stretches from edge to edge, surrounded by premium metal. People are aware that R series phones get known as super thin devices, and being a member of this family, R7 Plus also looks very slim with thickness of 7.7mm and weight of 203 grams. The phone is powered by Qualcomm MSM8939 octa-core 1.5GHz processor along with 4G dual SIM, 3GB RAM, and 32GB of storage that still can be expanded up to 128GB with a microSD card. One more selling point for this smartphone is its huge 4,100mAh battery with VOOC charging, a lot larger than the capacity of its peer OPPO R7 2320mAh battery.

In terms of ability of taking photos, R7 Plus sports a 4 color RGBW 13MP rear camera like Huawei P8’s with dual LED flash. With this 4 color setup, pictures will become brighter with less noise. Besides, we have a fingerprint scanner below the cam that helps users unlock the phone without sliding over it. That is a special thing about R7 Plus since R7 is not able to be equipped with this feature. In addition to the main shooter, R7 Plus boasts a 8MP front-facing one, which can attract those who like quality selfies. Strangely, while OPPO R7 has capacitive front buttons, R7 Plus chooses on-screen ones, and along with Android 5.1 Lollipop, R7 Plus will run on ColorOS 2.1, which is also introduced as the latest version of OPPO Color OS in the event. Color OS 2.1 will be showing a new prettier interface and getting faster and more responsive. 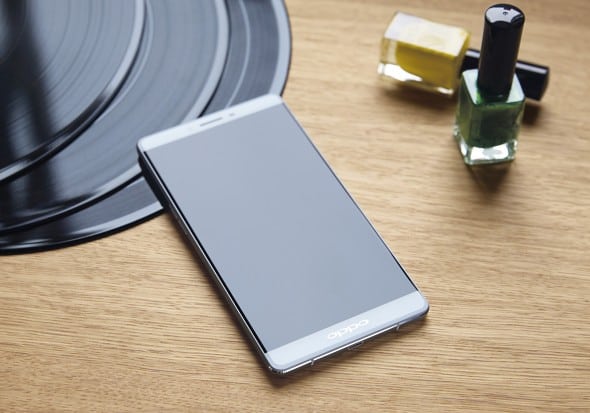 Click here to go to OPPO R7 Plus official page

In conclusion, after a long wait, OPPO R7 Plus has finally come with a reasonable price and remarkable specs. It is expected that OPPO will release OPPO R7 Plus for international sale soon, including OPPO R7 Plus Malaysia.