After OnePlus Two, the company is going to release a smaller and more affordable phone called OnePlus X. And here are the main things you should need to know: 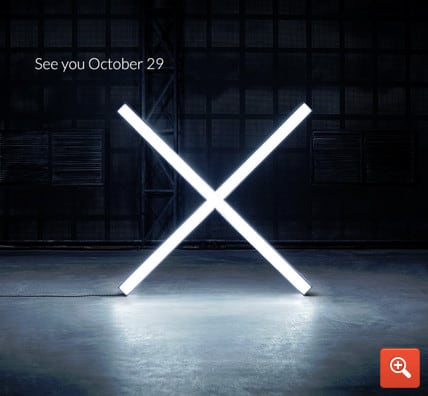 OnePlus X is the third product of OnePlus, but according to Carl Pei, it is going to be a device for those who care about design more than specifications. Basing some leaked images, OnePlus X is a bit different from OnePlus 2. It features a metal finish without a physical home button. On the back, there is a dual camera with dual LED flash, which reminds us of HTC One M8 camera.

Recently, OnePlus also has released a teaser to announce the OnePlus X launch happening on October 29. In the post, there was a tag line #PowerfullyBeautiful. So, we hope to see an extremely beautiful phone in the next days. If not, OnePlus X will become the main topic of many negative discussions.

As we mentioned above, OnePlus X will be smaller than its siblings due to the 5-inch Full HD screen with 441 ppi, and not long ago, a phone listed as OnePlus Mini on the Amazon India website was spotted with most of its specifications.

The whole machine will be powered by a MediaTek 6795 octa-core chip, 2GB RAM, 32GB of internal memory, and a 2,450mAh battery. Additionally, it is said to run on Oxygen 3.0 based on Android 6.0 Marshmallow OS.

As for the camera, there are a 13MP rear and a 8MP front-facing snapper. If OnePlus 2 comes with no NFC support, OnePlus X will probably have as well as 4G LTE connectivity.

However, we are still not the right people to confirmed the information. Therefore, just take it with a pinch of salt 😉 !

Because the phone is aiming at the mid-range category, we will not be surprise if OnePlus X price is way more affordable than the OnePlus Two launched a few months ago. In fact, some leaks said that the X will cost around $250 (RM1,045). Nonetheless, to be honest, with such an amount of money (not too much but not little at all), we think we can get something better from other brands. Yet, let’s wait and see!

Note that you will not have to wait too long. It is around the corner because the company’s Twitter suggested that OnePlus would be heading to London this month for its next smartphone. On the other hand, a similar X shape appeared in a OnePlus teaser for a event at India taking place earlier than London, which hints that it can be a global release for OnePlus X.

If OnePlus 2 is a strong flagship in the high-end smartphone group, OnePlus X is expected to be the strongest in the mid-range one (in terms of specs, price and design). Of course we do not know much about it for now, but hope that OnePlus will be able to create good sales for at the end of the year 🙂 .