The Oneplus brand is going to launch its next generation device – Onceplus two. This has attracted a lot of attention due to the near future release on 27th July. Just only next fews day, this important event will be occurred.

Therefore, there are many leaks and rumors have been mentioned around this expecting machine. Recently, the front panel of the Oneplus two handset has revealed from a Weibo account of tipster, some related OnePlus Two leaks information was also posted from this source before. 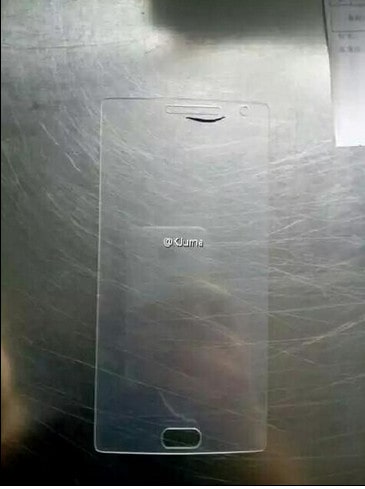 On the panel, there is a cutout with the oval shaped form, it can be assumed that the cutout is space for the fingerprint sonsor of the phone. The handset already teased the inclusion of the security feature. Besides, there is another information is that the co-founder of Oneplus Carl Pei said that he doesn’t fond of putting fingerprint scanner backside.

In the same source, there is also another leaked image. It showed a plaster build of the front side of the device. The interesting point is the information as well as numbers were written on it. Those can be the dimemsions of the handset which is 148.6mm x 71.7mm. Basing on these numbers we can see that the second generation of Oneplus will be smaller than the previous Oneplus one with the measuremet of 152.9mm x 75.9mm x 8.9mm 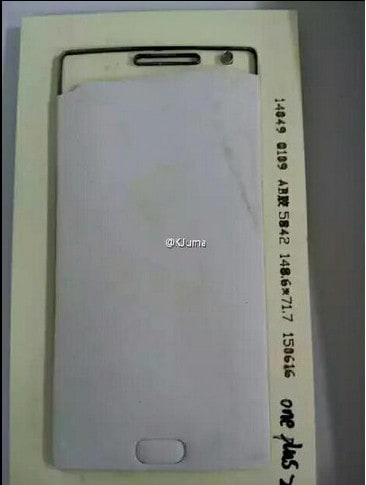 Does those leaked pictures reflect the true information of the coming Oneplus 2. We will know everything clearly while this heated device be brought out to public on July 27.