We are all waiting for Nokia come back to the smartphone market, with a hope for a brand new Android smartphone. Although recent leaks have been suggesting the same, we just spotted a Windows phone model that carries Nokia name on it: Nokia Lumia XI 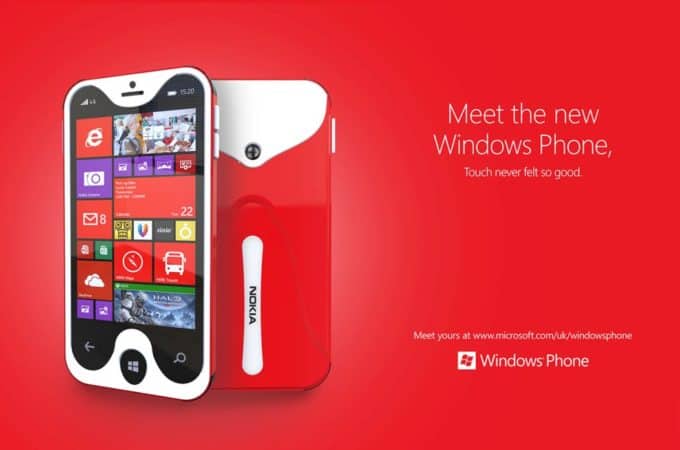 Nokia Lumia XI: Windows phones are not all dead

If you are fed up with smartphones with monotonic design that all look similar: this is the time for something new and more out of the norm. Nokia Lumia XI shows up with a distinctive design, visually catchy thanks to its bright color and sporty looking. Nokia Lumia XI design was created by Darragh Hughes from Ireland, using 3D printer and other technology.

Looking at this Nokia phone appearance, you may easily relate to an ad campaign made for Nike or Adidas. There are 3 color options, all inspired by natural elements, said the designer. Here you can see red Nokia Lumia XI from dried peppers, blue from ice and yellow from bees and sunflowers. While most of the currently launched mobiles are racing towards the all-metal trend, this Nokia Windows phone has a rubber casing. Nokia doesn’t usually care much about the trend, does it? 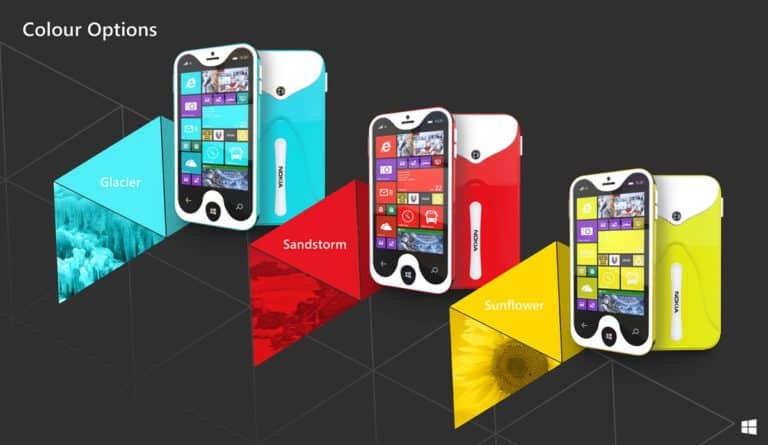 Eye pleasing as it looks, the designer of Nokia Lumia XI didn’t come with any specific specs for his device. However, if you want to ask for our prediction, we think that this looks more like a handy budget ranging mobile rather a flagship killer category. Therefore, a 5 inch display, 2GB RAM and around 20MP camera Pureview would be very likely and suitable. Of course, from what we know about Nokia lately, this Lumia XI will also have a very affordable price, maybe around $200 or a bit higher.

We have heard for now that Windows phones are all dead, and that Nokia will be coming back with an Android phone. However, it is still a secret well kept, till the day we really see its official release. Who knows, maybe Nokia is planning to rebuild Windows phone, and this leak is a step of preparation?