The chipsets of Qualcomm is one of the best in the market, and the company keeps improving them every year. Recently, the company has announced the new Snapdragon 835. Let’s see the core difference between it and SND 820, 821! 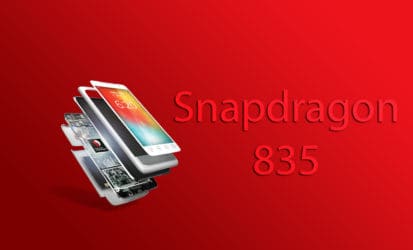 Just very recently, Qualcomm has announced a new chipset for the year 2017. It will be called Snapdragon 835. Upon launch, this new Snapdragon 835 will replace the SND 821 as the most powerful chipset of Qualcomm in the market. This just shows that Qualcomm keeps on improving and making new chips, which is very good for users. It also shows their weird naming convention as well. We will not know what the new chipsets would be called in the future. Don’t be surprised if the next one after SND 835 ill be numbered 900!

Back to the technical aspect, there are not many information regarding the specs of this new Snapdragon 835 chipset. The company just dropped little hints here and there to create more hype for the new chip. We know that the SND 835 will be produced by Samsung using their new 10nm FinFET process, and QuickCharge 4.0 technology will be employed as well. Compared to the SND 820, this means a 30% reduction in size, while being 27% faster and 40% more power efficient. That sounds very cool!

The QuickCharge 4.0, similarly, will make charging 20% faster the the present QuickCharge 3.0. This will provide up to 5 hours of use for smartphones with just  minutes of charging! That is really impressive! We can already see in the future that battery will be less of a big concern for us. Overall, with the little information so far, the future of smartphones, especially flagship ones, seems pretty good!

The new Snapdragon 835 will be a massive upgrade for smartphones in 2017. It will be smaller, while being more powerful and more energy efficient. QuickCharge 4.0 will make users almost forget about battery drain. Are you looking forward to smartphones with Snapdragon 835 chipset?